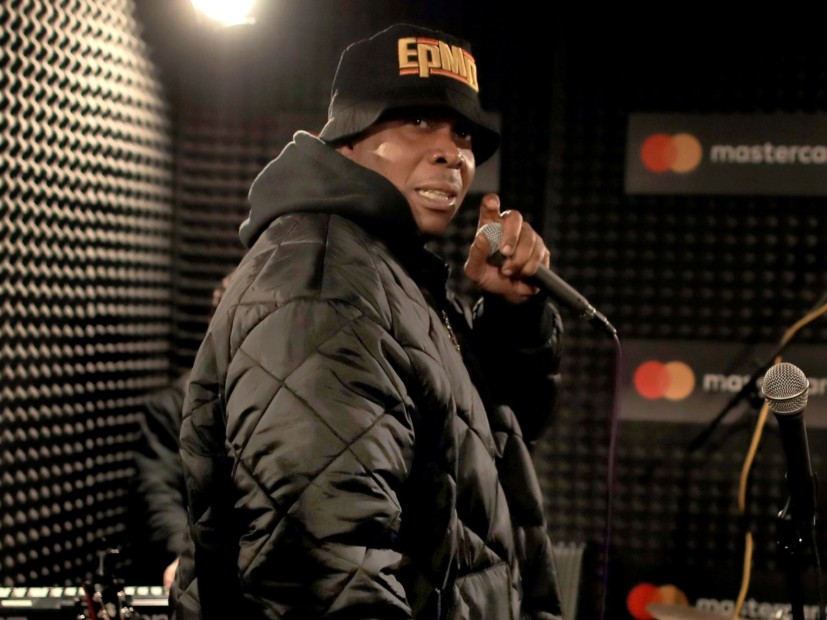 Back in 1989, Parish Smith and Erick Sermon — collectively known as EPMD — got their “So Wat Cha Sayin’” video on Yo! MTV Raps. It was the first time their music had aired on the iconic show.

Almost 30 years later, Smith, who calls that moment a “breakthrough” in their career, is gearing up for the upcoming Yo! MTV Raps anniversary concert in New York City, which marks the kick-off to a possible reboot of a modern day version of the show.

“When you was doing your music, when you was putting the groups together, that was one of the top goals,” Smith tells HipHopDX. “You wanted to put out a Hip Hop song good enough for your video to make it on Yo! MTV Raps.”

But the Doctor Dre and Ed Lover-hosted show evolved into so much more than just a vessel for Hip Hop videos. As Smith explains, they were also focused on introducing Hip Hop to society. During that time, Hip Hop was still in its early stages and some people weren’t quite sure what to think of it.

“I remember doing one Yo! MTV Raps and the whole segment was built around a trip to the Statue of Liberty,” he recalls. “The hip hoppers was watching and could get educated if they didn’t come from New York, and if they was in a different country, they could see the Statue of Liberty. We’ve done remote shoots like that several times.

“So,  yeah we went to Ellis Island and had to get on the ferry, but in between we were shooting. When the whole program came out, you got to see us as a group but you also got to see the history of New York or wherever we were shooting at the time.”

The field trips led to several interesting moments — like when they ran into actor Al Lewis, who played Grandpa on The Munsters.

“He’s actually in one of the segments,” he says.

Yo! MTV Raps aired from 1988 to 1995, and turned Ed Lover and Doctor Dre into bona fide legends. But little do people know, Ed was also voracious on the mic.

“Those guys was the real deal and they were serious,” Smith says. “No matter how much money you had or how many records you sold, you knew when you went on that show to have respect. Because first of all, Ed was one of the nicest freestylers on the planet. If you went on there not right, promoting your album, there’s a chance you could have got bodied in the freestyle by Ed.”

Over the past three decades, EPMD has pumped out eight albums, including the classic Strictly Business. But one piece of the puzzle is noticeably absent. DJ Scratch, who was introduced to Smith and Sermon by the late Jam Master Jay of Run-DMC, left the group sometime in 2015 before publicly airing out his grievances with them on Instagram.

Despite Scratch’s contentious exit from the group, Smith believes he and Sermon are in a good place, especially since they’ve had their own issues over the years.

“The situation with DJ Scratch was just an adjustment, and Erick and I getting back in sync with ourselves,” he says. “That’s what I think that was because we was out of sync for so many years that we had issues and communication things that we had to iron out, you know?”

“I just think there was a tremendous amount of miscommunication at the time when the industry was in a transition of switching from CDs to downloads and all of that,” he continues. “It takes a tremendous amount of communication. You really don’t know until you put yourself in a situation, until you have a calm atmosphere where everybody can just speak from their point of view to resolve old issues, move past them, and then keep your mind in the present.”

With DJ Diamond now in Scratch’s place, Smith and Sermon have moved on but there’s a sense Smith understands where Scratch is coming from.

“There’s passion for Hip Hop and the music,” he says. “There’s a difference between trying to do what you love and represent it, and running into roadblocks and still wanting to do it. That’s passion, as opposed to just F you and I’m done with you. Even with the way Scratch is expressing himself, I think DJ Scratch is just expressing himself through passion and frustration.”

The Yo! MTV Raps anniversary concert goes down on June 1 at Brooklyn’s Barclay Center, and includes performances by Big Daddy Kane, Eric B. & Rakim, KRS-One, Doug E. Fresh and Brand Nubian, among others.