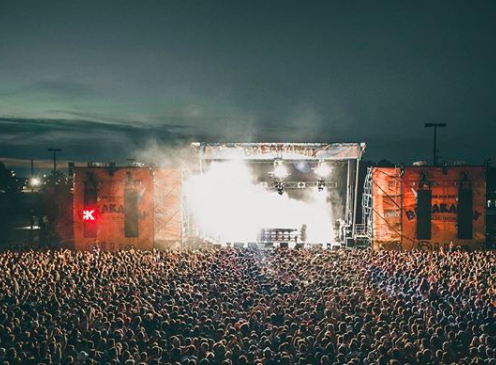 As festival season continues, Prime Social Group has announced a Hip Hop star-studded lineup for the next two stops of their Breakaway Music Festival.

The Grand Rapids, Michigan show is set for August 24-25, and will host Migos, Rich The Kid, Smokepurpp, Flatbush Zombies, London On Da Track, Nessly, Shoreline Mafia, and more. Maxo Kream and Tee Grizzley will perform at the next stop, scheduled for Columbus, Ohio on August 24-26. Khalid and Jaden Smith are set to appear at both locations.

The Breakaway Music Festival’s first 2018 date was in Dallas on April 7. After the Grand Rapids and Columbus stops, the brand will hold shows in Nashville, Tennessee and Charlotte, North Carolina in October. The lineups for the final two dates have not yet been announced.

Prime Social Group is an event production company based in Columbus, Ohio. So far this year, the group has produced nine events under their four different brands.

Tickets for the Breakaway Festival be purchased here.