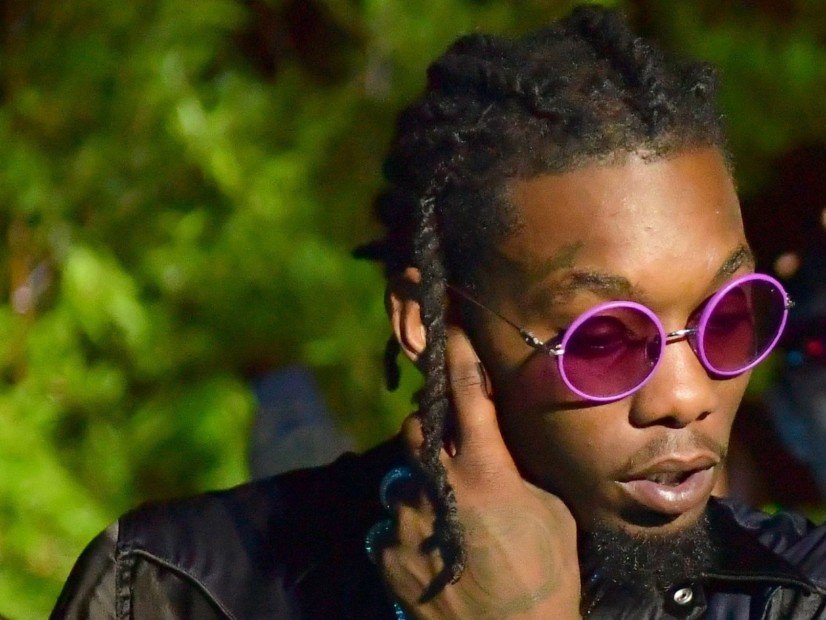 Denver, CO – Instagram “model” Celina Powell alleges she’s pregnant with Offset’s baby, something both the Migos rapper and his fiancée Cardi B dissmed as extortion last December. On Saturday (April 28), Powell reportedly posted and deleted photos of the paternity test results online that prove Offset is the father of her infant daughter.

“There is a 99.99% probability that the Obligator is the biological father of the child(ren) named in the above referenced court case,” the document reads.

The social media maven also shared a video of her opening the envelope, enthusiastically jumping up and down that she “told you!”

Powell said she was getting the paternity test earlier this week. In a series of since-deleted tweets, she wrote things like, “This week is going to be great” and “the light shall appear this week.”

The problem? Very few people actually believe her. Twitter has already tried and convicted Powell for allegedly faking the results. Several Twitter sleuths pointed out the inconsistencies in her story.

#CelinaPowell posting FAKE paternity tests I see. These bitches can’t even spell I N D I V I D U A L S correctly 😂@OffsetYRN pic.twitter.com/AjAR2PBBiW

One Twitter user noticed the word “individuals” was misspelled in the document and accused Powell of not being able to spell.

Exhibit B: Powell Allegedly Wouldn’t Give YoungK A DNA Test

#celinapowell u r lying. Why did u tell YoungK he’s the dad but then refuse him a DNA test? Why post pics of Paradises baby & say it’s yours? Why were u at Epernay in Dec drunk & with no baby bump? Why have your friends Chy & Felicia publicly said there is no baby? I’m waiting…

Powell allegedly told Denver-based rapper YoungK5280 he’s the father of her unborn baby but then wouldn’t give him a DNA test. The Twitter user also claimed Powell was seen in December at Denver’s Epernay Lounge “drunk & with no baby bump.”

I kept telling everybody mind their business , now they feel dumb .. what else she gotta prove lol

Powell reportedly served Offset the papers sometime between April 19 and April 23 when Migos were in Denver doing a show. But the envelope says the results were delivered on April 10.

Exhibit D: She’s Done This Before

I just feel like we should remind people that she pulled the same photoshop bullshit on chief keif about this exact time last year…when she was ‘pregnant’ by him too. pic.twitter.com/ZtjS2eQBc4

The 22-year-old allegedly pulled a similar stunt with Chief Keef last March. She again said she was pregnant with his child and provided “proof.” People quickly accused her of photoshopping those results as well.

Sosa posted a video to one of his social media accounts denying her allegations shortly after Powell made the claim.

According to TMZ, Powell has also tried to dupe Fetty Wap too, while Waka Flocka Flame said he had to get a restraining order against her.

Then, there’s the litany of people who call her a flat-out liar, an attention whore and “the biggest clout chaser ever.”

Check out the reactions below.

quit blocking people w/ ur lying frog faced ass @xocelina187 we know u don’t have a baby and ur making everything up. grow tf up & own up butchy bitch! 😒

#CelinaPowell is probably cussing at herself for fucking up her stunt today with the fake paternity test 😂😂 seriously? LOL I can’t

So #celinaPowell posted this on her IG and deleted it soon after. Apparently, #Offset is the father of her “child” . Biggest clout chaser ever pic.twitter.com/Mxa57wIHJw

#celinapowell has told so many lies on this story. The @OffsetYRN DNA test result is fake. So much evidence on Twitter & IG of inconsistent dates & fake docs.
I published 5 vids on my channel exposing her, but the latest proves she was never pregnant. https://t.co/bhnVjkUbLH pic.twitter.com/ezMTKImCxb

that’s her! she’s a wart on the industry she thinks she’s gonna destroy. she met cardi’s true fans & blocked us all.. 🤣🤣