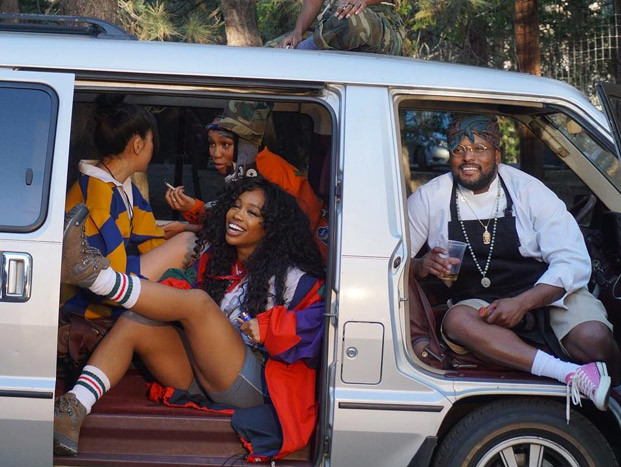 SZA has released her latest music video, “Broken Clocks,” off her debut album Ctrl, directed by herself along with Dave Meyers and The Little Homies.

In the video, the Grammy-nominated R&B superstar wakes up at Camp CTRL, dancing around bunk beds and singing from a camper. She wakes up again at a strip club after apparently getting knocked out. Fellow label mates, Jay Rock, Ab-Soul, Isaiah Rashad and ScHoolboy Q all make cameos in support of their roster’s queen.

SZA continues to make huge strides in her career, despite announcing she’s done with music after her next album — a threat she’s echoed before. “Broken Clocks” is already certified gold and sits at #7 on the Billboard R&B/Hip Hop Songs Chart.

Ctrl was certified platinum in October and was named HipHopDX’s Best R&B Album of 2017. SZA and the rest of TDE will be hitting the road this year for their nationwide label trek, The Championship Tour. It is slated to begin on May 4 in Vancouver and will wrap up in Pittsburgh on June 16.

Check out the SZA’s visual for “Broken Clocks” above.