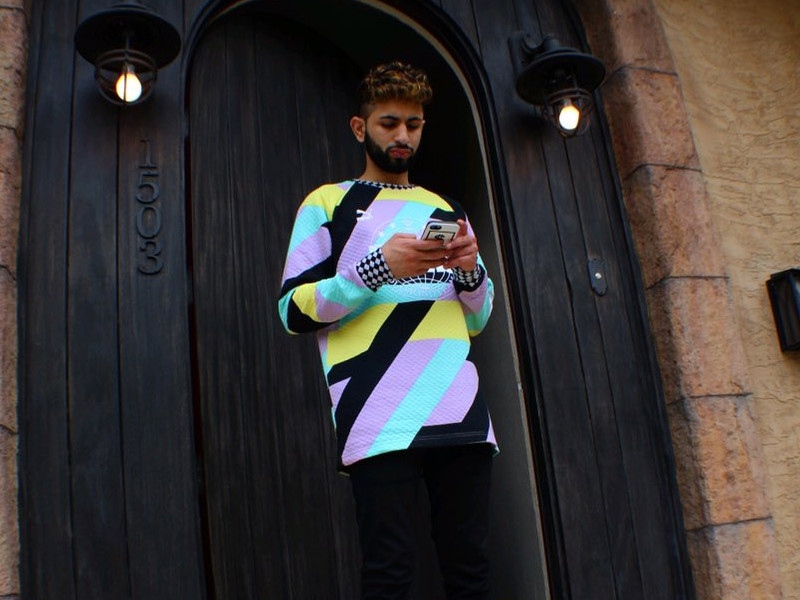 Smokepurpp and notorious Twitter beat troll Beats By Saif nearly came to blows during a confrontation in Austin, Texas this past weekend. Following the Lyrical Lemonade SXSW showcase at Club Lux, which was headlined by Smokepurpp, Saif approached the rapper to clear the air after alleging the Interscope Records artist stole $2,000 from him and failed to deliver on a verse.

“I didn’t approach him to fight,” Saif tells HipHopDX. “I went by myself. I was cool and was talking to him with respect. I told him multiple times that I didn’t want any smoke. I just wanted to talk like men and move on and be over that whole situation.”

Yo I asked smokepurpp about my $2000 I sent him down here at SXSW. He got mad and said what he “should’ve did” but ain’t do shit!

The incident, which was captured on video and widely shared across social media, shows the conversation quickly going south with Smokepurpp screaming, “I should beat your ass,” before Saif runs off.

“He had 20 people with him,” Saif noted multiple times — including in a video account of what went down. “His manager told me to run … I dipped, and they chased me. I was too fast.”

This is exactly what happened pic.twitter.com/yLydyWLQ9C

According to Saif, he sent Smokepurrp $2,000 and shortly after, all his DMs and texts went ignored. He decided to post the conversations on his Twitter, which quickly went viral. Smokepurpp denies any wrongdoing, alleging his accounts were hacked and he never actually talked to Saif.

Smokepurpp was also clear that Saif didn’t confront him or ask him for any money at all.

“He came up to me apologizing … he even tried to hug me,” he said.

Saif has in the past accused Lil Uzi Vert of stealing an instrumental from him, which was eventually proven to be false. Given the nature of Saif’s notoriety, many began to speculate this was all stunt. According to the producer, that isn’t the case.

“This ain’t about clout or money — I don’t give a fuck about none of that,” he says. “At the end of the day, this is about being real being a man, and being a good human being.”