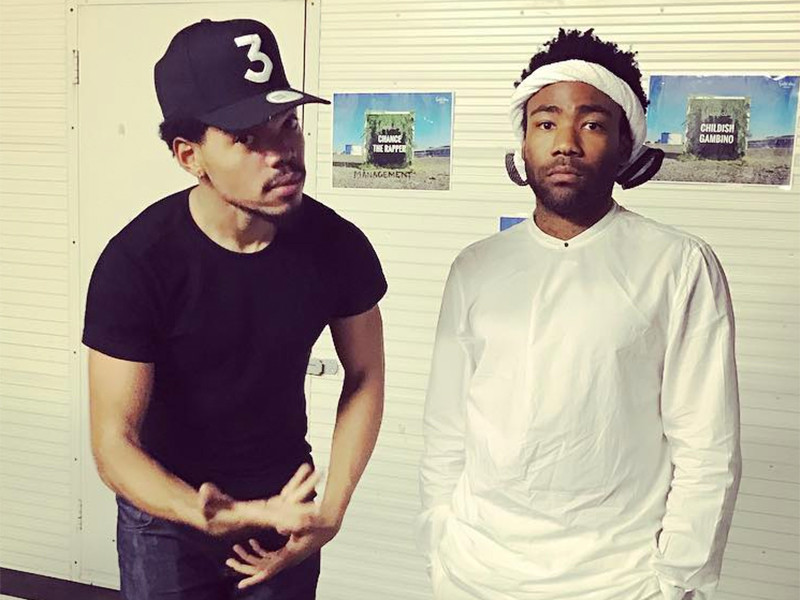 Chicago, IL – Chance The Rapper briefly touched on his long-awaited collaborations with Childish Gambino during a Q&A at Chicago’s Museum of Contemporary Art on Monday night (March 5).

While he insists the collabs are “amazing,” Chance did admit the pair didn’t record anything initially, despite rumors they had been working together in the studio.

.@AdrienneWrites “what’s the status of the collaboration with Donald Glover?”@chancetherapper “We perpetuated that rumor for a long time without recording anything (laughs)… We did link up in Atlanta and record some tracks and… they’re amazing.”

Back in 2014, Gambino suggested the two were working on a joint project. During an interview with Big Boy in early 2017, the ATL rapper and actor said the pair’s busy schedules were proving a hindrance.

Tonight we talked about music, process, art, collections, collabos, movies, acting, politics, activism and Chicago. A lot of ground to cover but we made it happen… Talking with @chancetherapper is always illuminating, and I appreciate his candor. Thanks @pitchfork and @mcachicago for hosting an amazing event. Podcast coming soon… — Styling by @belleup Hair by Galyin And most photos by my husband, the original Beantown Champ EDubb

Chance also commented on working on new music with Kanye West. Back in December, Mike Dean also revealed he had been working with Yeezy on new material.

“We know Kanye has some new music coming, are you working with him on anything?”@chancetherapper “Uhhhhhhhh…. I guess!”
🤔🤭🤔🤭

Chance also spoke on what he’s learned from West creatively.

Chance: There was a whole room full of people on laptops—*I don’t know what they were doing.*
I met one lady who worked on the LEGO movie and she was talking to, get this, *a magician.* They were talking about how to make Kanye disappear during a show.