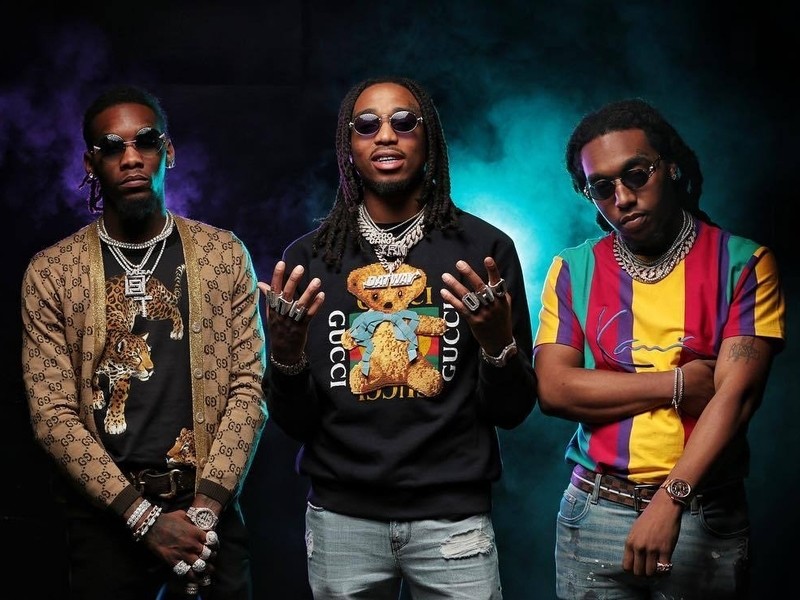 New York, NY – Migos apparently put the “L” in SNL on Saturday (March 3) — at least that’s the general consensus on Twitter. Following the ATLien trio’s Saturday Night Live performance — hosted by Charles Barkley — Twitter went on a rampage declaring the group’s appearance was one of the worst musical guests in the series history.

Offset, Quavo and Takeoff were on the iconic comedy sketch show in support of their recently released album, Culture II. First up, they did a live rendition of the Pharrell-produced single “Stir Fry” and followed up with “Narcos.”

Before they took the stage, a low-energy Barkley looked less-than-thrilled to announce them.

Twitter evidently wasn’t impressed. Several users questioned the sound quality and blasted Migos’ use of Auto-Tune with one commenter calling their performance a “shit show.”

Umm… were there significant audio issues with Migos on #SNL? Or was that how it was supposed to sound?

Is it just me or does the audio for Migos sound weird ?? #SNL

#MIGOS easily the worst musical guest ever on@SNL Never seen a hip hop act unable to dance. Too high or not high enough? And that autotune-what was that? You make me miss the Black Eyed Peas.

#snl was a shit show last night. Is what migos does called music? What a fucking disaster between them and what appears to be brain damaged Charles Barkley I really wish they wouldn’t have aired it. @nbcsnl ugh!

Check out some more of the reactions below.

@nbcsnl This Migos Band is the worst band I have heard on SNL… pic.twitter.com/gWASVBS9IW

Y’all be paying money to see Migos perform? Asking for a friend #SNL

Migos on SNL look so uncomfortable. These guys tour? Look like three guys substituting jewelry for personality who tried Karaoke and immediately regretted it.

Just when I thought @Migos couldn’t get any worse…they said hold our beer and watch our @nbcsnl performance #SNL pic.twitter.com/OK355l7gCd

What is the purpose of the 3rd member of Migos ? #SNL #migos

Starting if wonder if 5% of the people who listen to @Migos actually like their music and the other 95% are the ones who are just trying to figure out what they are saying. #SNL

Migos just ruined SNL for me. Worst music I’ve ever heard in my life. Only words I understood were “stir fry”…about 200 times. Get the fuck outta here.

Migos might have ended their careers on SNL last night