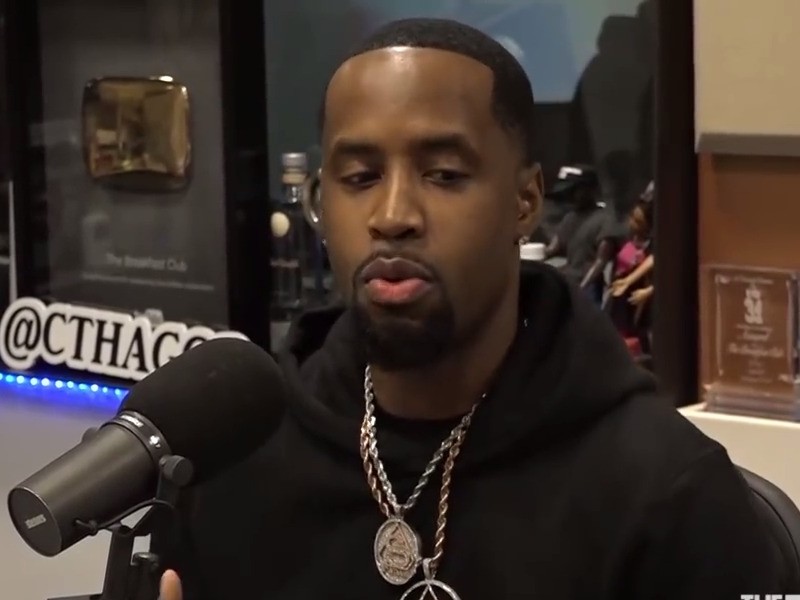 “It’s not something I want out there,” Samuels told The Breakfast Club during an interview on Wednesday (February 28). “My nieces follow me and watch everything I do … and my mom and my sisters [do as well]. People think I did that for promo.”

But Samuels did make it clear the image, which host Angela Yee had printed out in front of her, was him. He also noted he had a similar situation in the past, though it was a fake picture that time.

The leak was allegedly from Snapchat. As Samuels explained, he had been working hard on his pelvic muscle and took a photo of it on the platform without sharing it since Snapchat “has a better camera.” He denied sending the photo out himself, even giving his phone to Yee and allowing her to peruse through his DMs as proof.

The Breakfast Club cast had plenty of fun with the situation, joking often during the interview.

“The reviews have been good,” Charlamagne Tha God said. “This is the first time I’ve it seen it work for a man.”

Though Samuels continually denied leaking the images himself, he spent a majority of the interview making penis puns. He also mentioned interesting business propositions from sex toy manufactures and ultimately used the appearance to plug a new song, “Hunnid,” which was met with mixed reviews.