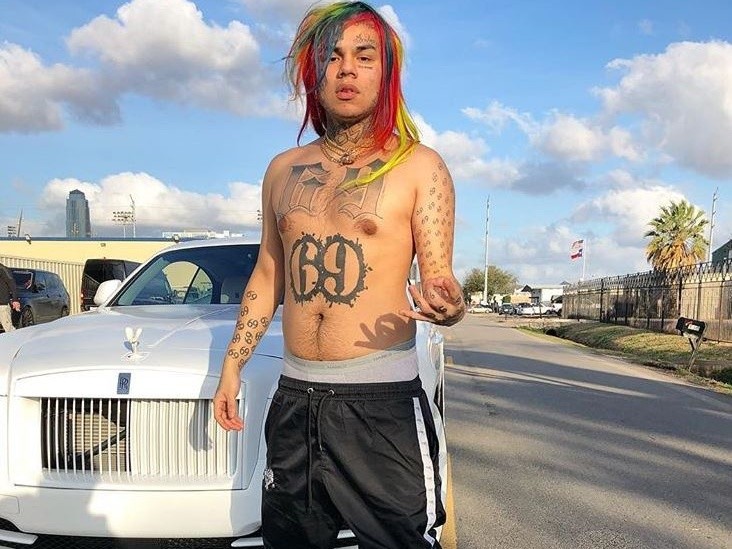 San Antonio, Texas – Days after Tekashi 6ix9ine was involved in a brawl at LAX, it appears that the Brooklyn controversy magnet avoided another potentially harmful encounter at a U.S. airport.

LMT Online reports that three men were arrested on Thursday (February 22) at the San Antonio International Airport in connection to threats made against 6ix9ine on Facebook.

One was accused of making the threat while the others were arrested over past traffic violations and warrants.

FOX29 in San Antonio says one of the men arrested was Adam Rodriguez, who was booked for making a terroristic threat and held on a $50,000 bond.

In a video uploaded ahead of 6ix9ine’s concert stop in San Antonio, a man warned him against coming to the city on behalf of the Tango Orejon gang.

“There’s been a lot of talk about this fool that’s coming down to our city, this week … You are not allowed in our city … Penitentiary rules are in effect. He will not come here. I am deadly serious about this,” the man warned in the video.

Another man in the video declared, “We don’t fuck with no muthafuckin child molesters in this city, bitch.”

Back in 2015, 6ix9ine entered a guilty plea to the Manhattan District Attorney’s Office for “the use of a child in a sexual performance.”

Despite the threat of violence, the show went on for 6ix9ine. His next concert is Friday night in Houston.