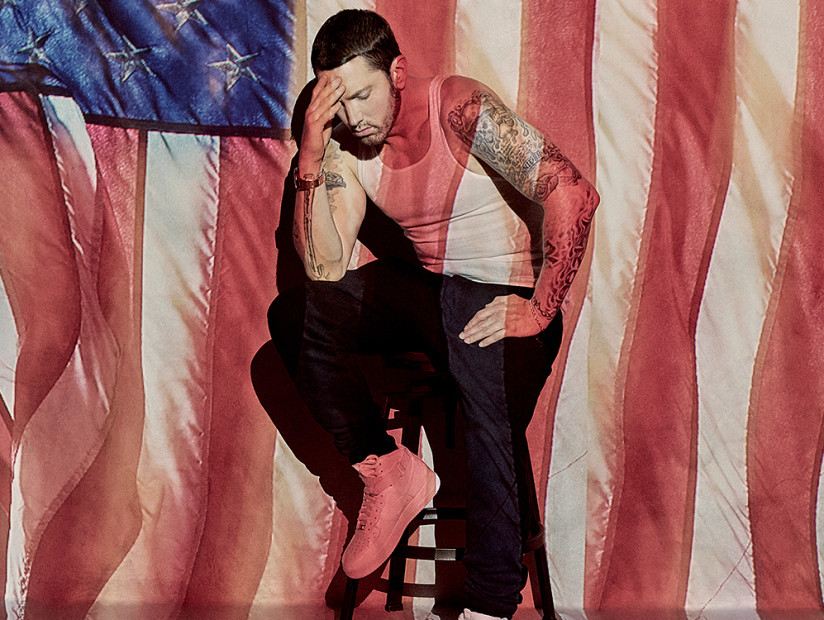 After sharing the theatrical visual for “River” featuring Ed Sheeran on Valentine’s Day, Eminem has made a swift follow-up with a lyric video for “Untouchable.”

However, it did hit the chart at #1 on the Billboard 200 and earned Em his eighth consecutive #1 album debut, which was the first time in Billboard history an artist had accomplished that feat.