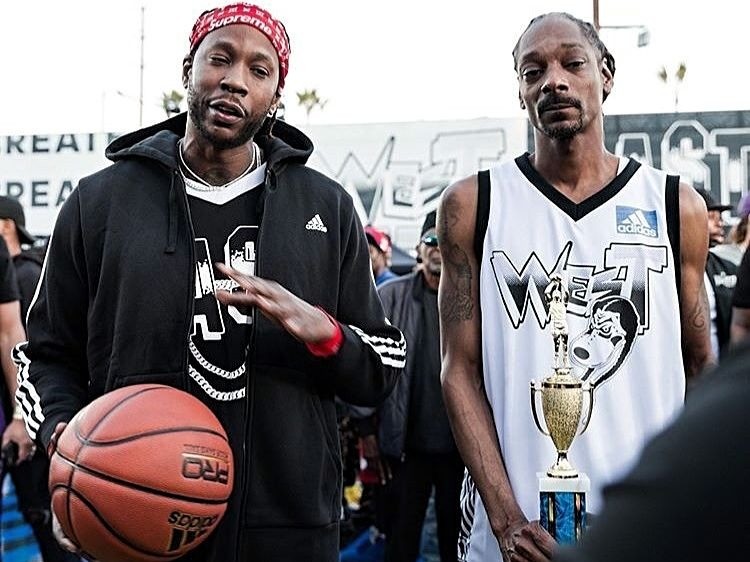 Los Angeles, CA – After Quavo swooped up the MVP trophy at the NBA All-Star Celebrity Game on Friday (Friday 16) in Los Angeles, it was Snoop Dogg’s turn. During the 2018 Hip Hop All-Star Game — sponsored by adidas — Team Snoop Dogg walked away with the win after defeating Team 2 Chainz.

The inimitable Doggfather was also named MVP for his 15 points, 25 rebounds and five blocks.

As he proclaimed on Instagram, the Long Beach O.G. was there to “protect the west.”

Check out more photos below .