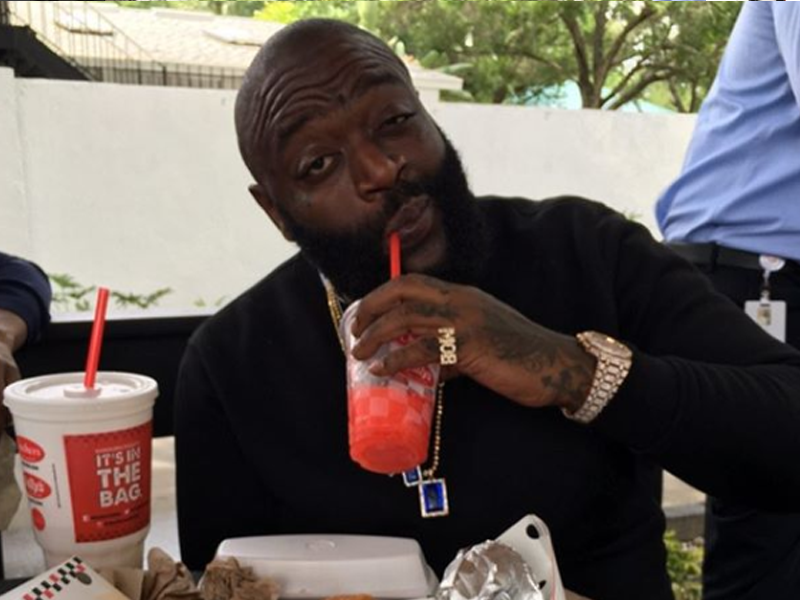 Memphis, TN – How far would you go for a record deal? While some up and coming rappers rely on Boonk Gang-esque hijinks and car freestyles to get themselves noticed, one 23-year-old Memphis, Tennessee hopeful took a much more desperate approach.

Last week, two suspects attempted to hold up a Midtown location of Wingstop, a chain owned by notorious MMG head honcho, Rick Ross. As reported by News Channel 3 in Memphis, one of the suspects Cedric Miller — who appeared clear as day with no mask on in the surveillance video — was allegedly trying to get the Yung Rénzél’s attention.

“That’s a ridiculous way to get someone’s attention. How are you going to get his attention after sitting in jail?” Cameron Blaine, a Wingstop patron, told News Channel 3. “I don’t know if he is going to get signed if that’s the case,” said Huron Wilson, another patron, “I doubt it.”

The two would-be criminals left the restaurant empty handed and adding insult to injury, all the news reports seem to have deliberately left out any link or mention of his actual music, so nobody — not even Ross — can hear it, even if they wanted to.

Looking for a better way to get your music heard? Why not submit music to the weekly Litness Test?