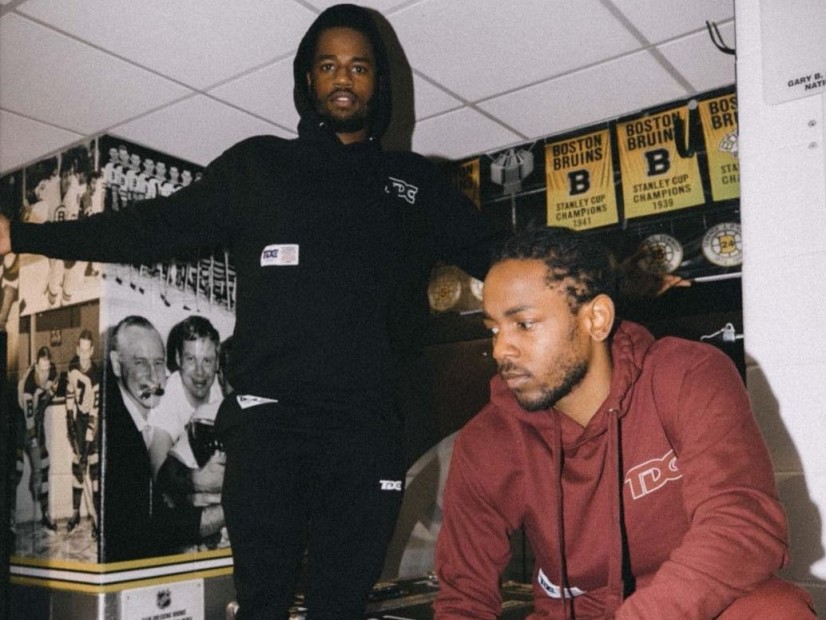 Lupe Fiasco found himself the recipient of a few choice words from Top Dawg Entertainment’s president Dave Free on Saturday (January 6). Earlier in the week, the Chi Town rap vet took to Twitter and claimed he needed new cover art for his forthcoming album, Drogas Wave.

He alleged it was too similar to Kendrick Lamar and SZA’s artwork for the recently released Black Panther‘s single, “All The Stars.”

“Even I admit this is a little too close for comfort,” he wrote. “damn now I guess I need a new album cover…thanx @theblankpanther.”

“@LupeFiasco go kick & push yourself into a tree with these wild allegations,” Free wrote, a reference to Lupe’s 2001 Food & Liquor hit, “Kick, Push.”

@LupeFiasco go kick & push yourself into a tree with these wild allegations. 😂

Lupe responded in a since-deleted tweet with a healthy dose of sarcasm.

“I see what you did there,” he wrote. “However it’s rather impossible to skate into a tree because most trees are located in grass where skateboards don’t actually work to well due to the wheels not really being optimal for traversing across such terrain. Now a car or say a well placed gate.”

DROGAS Wave is intended to serve as the follow-up to DROGAS Light, which Lupe released last year.

Check out the tweets above.