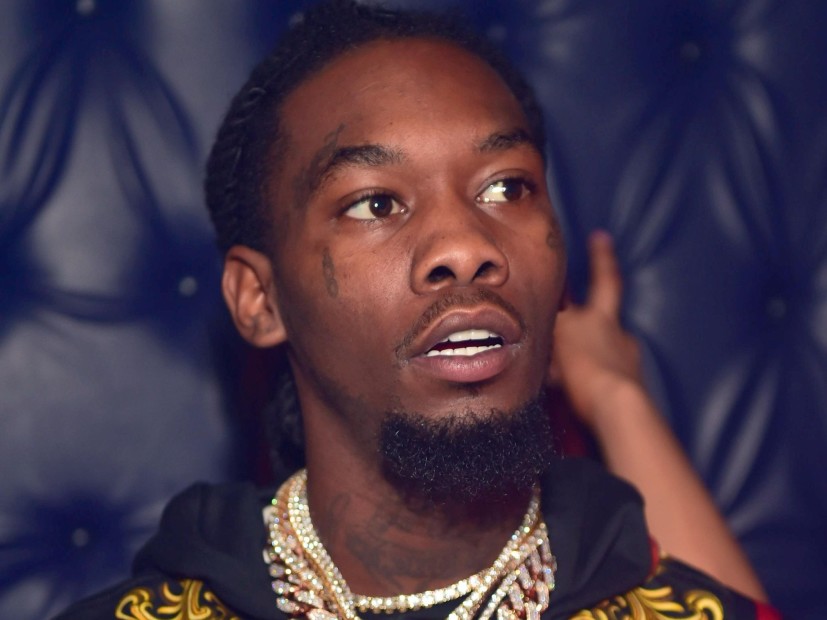 Los Angeles, CA – Offset is firing back with attorneys at a woman claiming he got her pregnant.

The Migos rapper has hired the nationally known law firm of Manatt, Phelps and Phillips to threaten Celina Powell to back off, according to TMZ.

Attorneys for Cardi B’s fiancé reportedly sent Powell a cease and desist letter, which revealed if she was given $50,000, she’d get an abortion.

Powell recently shared a photo of an ultrasound to her Instagram account with the caption, “These past few months have been a complete mess…but I finally found enough strength to open up about what’s going on. Yes I am expecting and yes she’s a GIRL. my whole life is changing and right now it’s definitely for the better.

“I’m not sure what the future holds but I hope @offsetyrn & I work this out for the sake of Karma Lee Cephus. I know y’all like ‘this bitch done faked hella pregnancies’ but this time there’s NOOO doubt.”

Powell has been accused multiple times of lying about sleeping with celebrities, including Fetty Wap and Chief Keef.

Offset (real name Kiari Kendrell Cephus) maintains he didn’t get her pregnant and in fact, says he’s never met her.

Offset’s lawyers say her antics on social media have cost Offset some business deals, and that Powell is only making the pregnancy to increase her social media profile and collect a big payout.