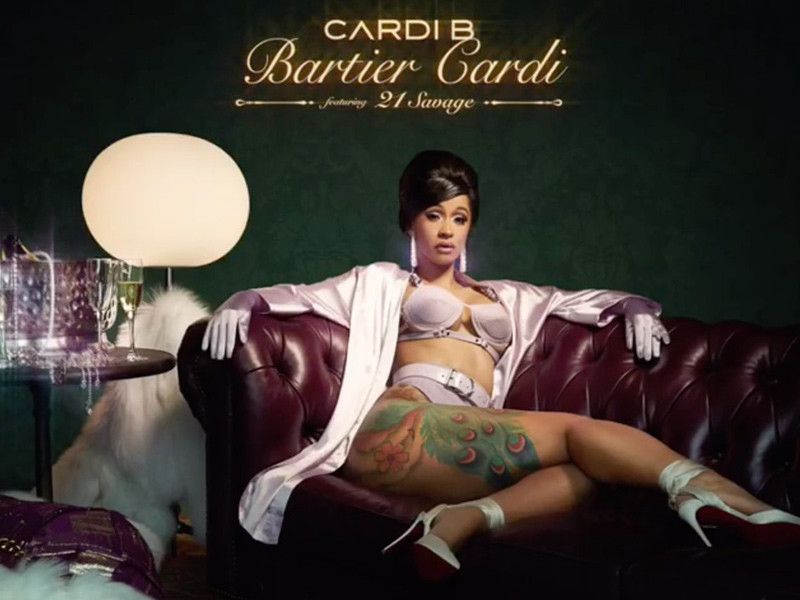 Cardi B was a recent guest on The Tonight Show Starring Jimmy Fallon!, where the colorful Bronx native talked about her Grammy Award nomination and her forthcoming single, “Bartier Cardi” featuring 21 Savage.

On Wednesday (December 20), the “Bodak Yellow” phenom shared a snippet of the song on her Instagram page and now, the full version is here.

Aside from her contributions to Migos’ “MotorSport” with Nicki Minaj and G-Eazy’s “No Limit” with A$AP Rocky, this is really the future Mrs. Offset’s first big solo release since her history-making “Bodak Yellow.”

Cardi had originally planned to release her debut album in October but — as she admitted in an interview with The Breakfast Club — the pressure to top “Bodak Yellow” has pushed the date back.

For now, one of 2017’s biggest success stories has the The 60th Annual Grammy Awards ceremony on the horizon, where she’s nominated in the Best Rap Performance and Best Rap Song categories. The Grammys air January 28, 2018.

In the meantime, bump “Bartier Cardi” above.