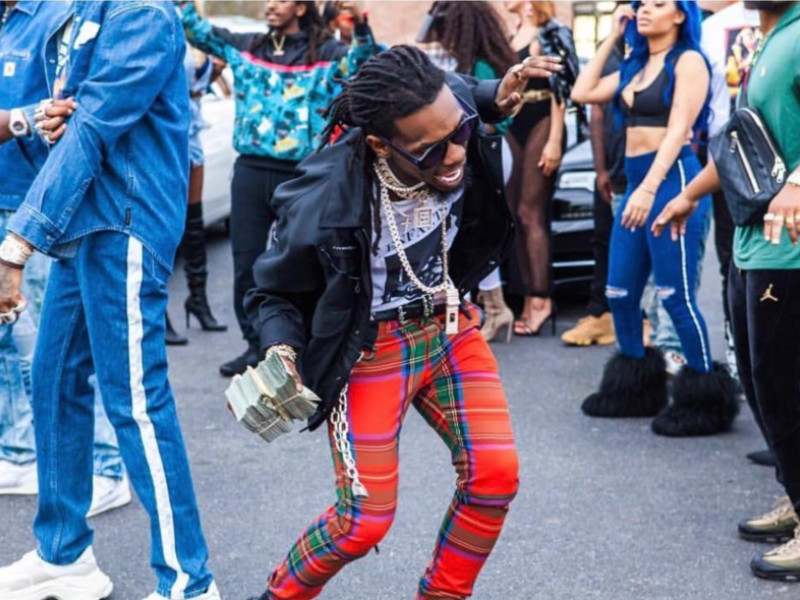 While walking to a car in Beverly Hills, Offset confirmed to TMZ that the main cause for his vicious car crash last week was a crackhead in the middle of the street.

The story started to circulate in a now-deleted tweet from fiancée Cardi B that read: “Crazy how Set had to swerve and hit a tree cause a crackhead was in the middle of the road trying to get hit or kill himself but God do unexplainable things! Luckily a man was walking by, walked him home and just vanished. The Lord is real.”

When a reporter asked Offset if the story was true, he simply replied, “Facts.”

The police are also not pursuing any charges against Offset following the accident. TMZ made it public that it was treated as an abandoned/recovered vehicle case and is now closed. Offset was never ID’d as the driver and there were no other victims or witnesses.

Offset shared pictures of the damage to his Dodge Challenger as well as the serious injuries he sustained. But it wasn’t long before he was back in the studio and lighting up.