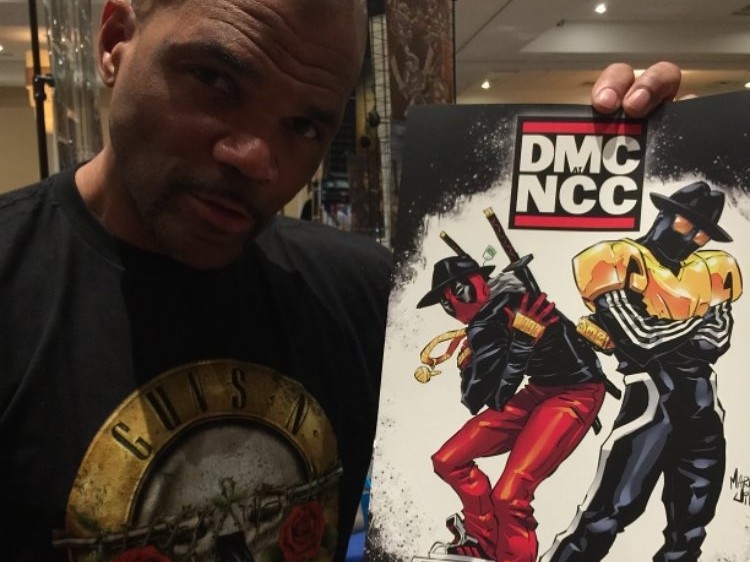 May — being Mental Health Awareness Month — is a time to reflect on and acknowledge the adverse effects that things like addiction and depression (among others) can have on the lives of ourselves, friends, and family.

Darryl “DMC” McDaniels of the iconic trio Run-DMC recently opened in an article written for Men’s Health Magazine about his battle with addiction, and truths he discovered via therapy.

“I want people to get help. I did it. I’m not a genius … I’m not a rocket scientist,” the soon-to-be 54-year-old Hip Hop legend wrote. “All I am is a living, breathing example that anyone can defeat whatever it is that they’re battling.”

“It wasn’t until I went to seek help that I finally understood I had a problem,” he continued. McDaniels admits he was always a functioning alcoholic — but the group’s sudden burst to stardom created new pressures that both enabled and escalated his dependency.

He also explains that he never entirely dealt with the death of his close friend Jam Master Jay. “I never accepted or faced my emotions about that,”’ he stated.

According to McDaniels, after hitting absolute rock bottom, he finally did what those in his circle had been urging for years — seek help. “Therapy is the most gangster thing anybody can do for themselves,” he said.

“Going to therapy is the most powerful move that you can make that will help you heal, solve, or alleviate the stress and struggles of the battles with depression.”

Read the his full article, here.