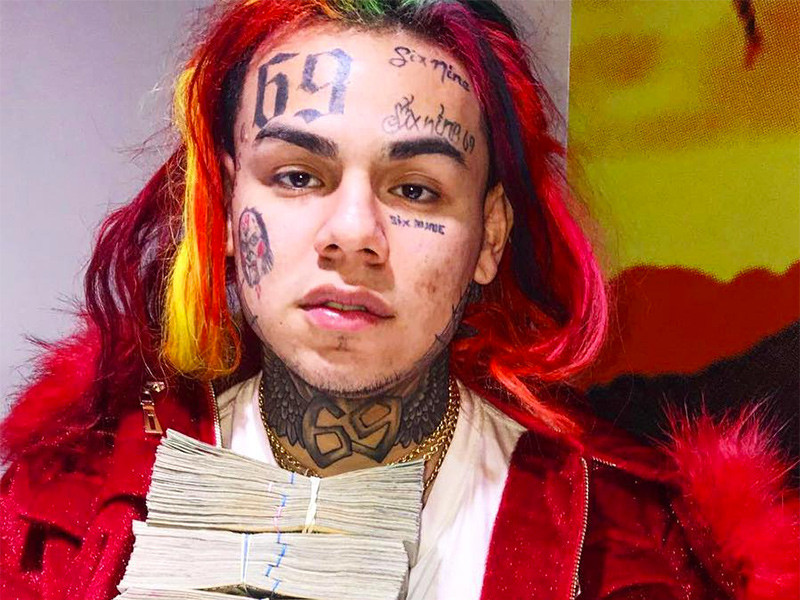 Given the legal issues Tekashi 6ix9ine started the week with, the combative New York City rapper is ending the week with some good news.

First off, he’s definitely not behind bars, as initial reports and his Twitter account suggested. 6ix9ine switched the narrative his team had been pushing on his social media accounts that he’d been locked up, taunting anyone who was waiting on his downfall.

“Y’all wish I was in jail, right? You big dummy,” he said mid-swim.

And the controversy from his guilty plea over the use of child in a sexual performance hasn’t stopped one brand from wanting him as a spokesperson.

According to TMZ, the controversial rhymer will receive $4.9 million and his own line of headphones in a new sponsorship deal. The deal is through TUNES headphones, with Tekashi getting his own exclusive color for his personal line. Despite his penchant for rainbow-heavy hues, the rapper has opted for red.

Additionally, a percentage of sales from the headphones will go to the Kids In Need Foundation. The organization provides free school supplies to under-resourced children.

The audio company was reportedly drawn to Tekashi by his recent “King of New York” proclamations.