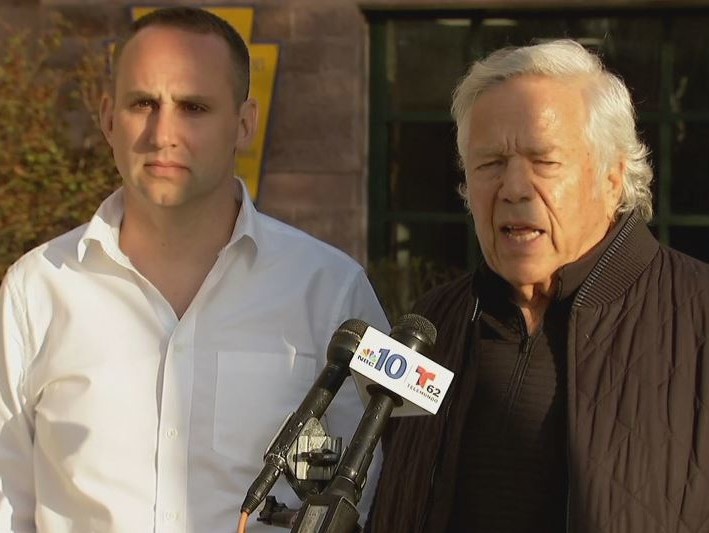 Chester, Pennsylvania – Current inmate and devout Philly rapper Meek Mill cheered on his Eagles squad to their first-ever Super Bowl win over the New England Patriots this past February, but ironically, it’s Patriots owner Robert Kraft who is his latest supporter.

Kraft recently ventured out to Pennsylvania’s oldest city to pay the incarcerated MMG member a visit along with Philadelphia 76ers owner Michael Rubin.

“I know how I’d feel if I were in the situation he is. He’s very intelligent,” Kraft continued. “Makes it clear to me we have to do something with criminal justice reform.”

The multi-billionaire says he and Rubin were on vacation together and mutually agreed to visit Meek during their commute.

Rubin, who previously encouraged several of his players (including Ben Simmons) to visit, called the situation “personal” as opposed to being part of an agenda.

“We have to do something with criminal justice reform.”

“This guy’s a great guy. (He) shouldn’t be here.” #FreeMeekpic.twitter.com/VQuKZ4mae4

“Meek is one of my closet friends,” Rubin said, adding that he, Kraft and Meek had met up in the past.

This particular story of an incarcerated rapper has been regularly characterized as more than just a celebrity getting preferential coverage, including by JAY-Z in a New York Times op-ed. Genece Brinkley, the judge who essentially “threw the book” at the 30-year-old star, has been under continuous scrutiny stemming from various allegations of misconduct, and the arresting officer in Meek’s case has been flagged by the District Attorney on a list of allegedly corrupt cops.

After refusing to step down from the case, Brinkley denied Meek’s bail request on April 2, hammering home the notion that Meek would serve out his full two-to-four-year sentence over probation violations.

The bail appeal has since been moved to the Pennsylvania Supreme Court.