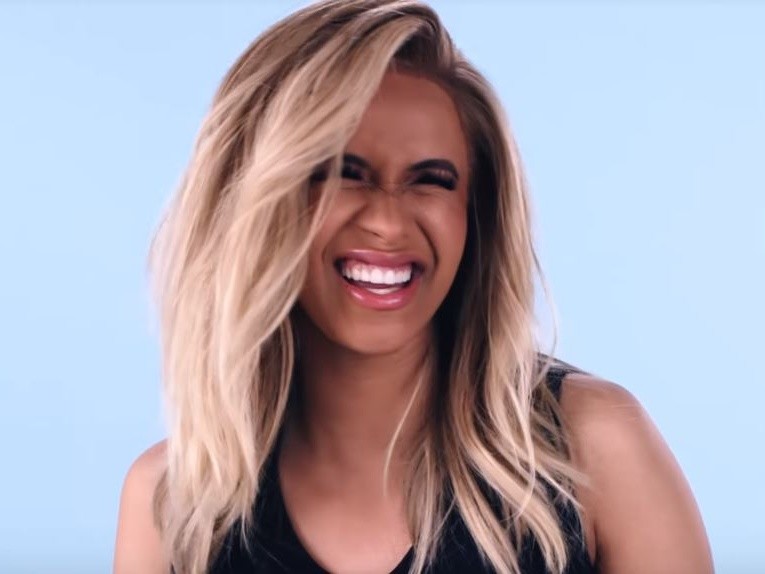 As part of GQ magazine’s Actually Me series, rapper Cardi B was recently tasked with creating real social media accounts to use to go undercover online. She answered nearly a dozen fan questions using newly created accounts on Twitter, YouTube, Reddit and other online platforms.

Going undercover as @Actually_CardiB, the Grammy-nominated musician responded to Twitter user @mrLdavis who asked if she’d joined Migos and if there’s a “buy one get one free” deal on Migos and Cardi.

What the hell? Why not? If I’m gonna be around them for a long time, why would they want to have a bum bitch around them that’s not doing shit? Why not be a rich, successful family? Like, oh my god.

“If I’m gonna be around them for a long time, why would they want to have a bum bitch around them that’s not doing shit? Why not be a rich, successful family?,” Cardi responded.

Heading over to YouTube, Cardi answered a commenter who asked about the “weird sounds” she made during her December 2017 appearance on The Tonight Show Starring Jimmy Fallon.

“I’m just a comedian at heart,” she said. “I have like 100 people working inside my brain. I always been like this … It just makes me feel good.”

The Invasion Of Privacy rapper addressed one of the heavier inquiries during her segment with GQ when she responded to a question on Quora regarding whether or not she’ll be the next queen of rap.

“That’s not something that I care much about,” Cardi said. “Like, I just want to make music and be rich. In order to be the queen of rap, you have to live up to a certain expectation. You have to have a certain expectation of lyrics. I do music that make me feel happy that I wanna bounce to, that I like and love so I really don’t care about stuff like that.”