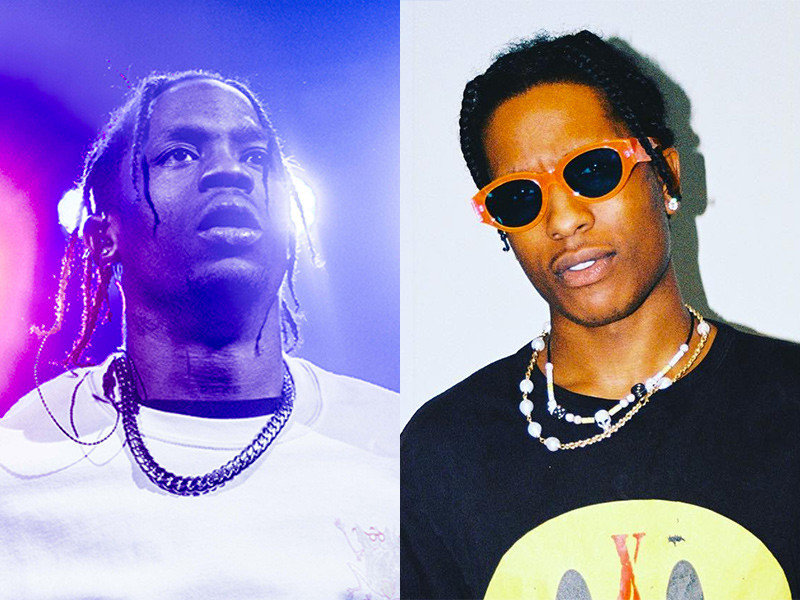 A short while later, the veteran Bronx DJ named Travis Scott as one of the artists he believes has swagger-jacked the A$AP Mob frontman.

I’m on Twitter and I got time for it today!!!

I got time for it today!

After one Twitter user hit back calling Scott a better rapper, Flex issued an open invitation saying he has $5,000 on Rocky “smoking” the Houston rapper on the mic.

You telling me bar for bar Travis is better than Rocky? I got 5,000 on Rocky to smoke him bar for bar? Who wanna bet? https://t.co/dRGPADvv7i

While he didn’t directly acknowledge Flex’s argument about Travis Scott, A$AP Rocky did agree with Flex’s original point of rappers stealing his swag.

This isn’t the first time comparisons between Rocky and Scott have been made. Back in 2015, Scott got angry when a fan referred to him as A$AP Rocky outside the release party for his debut album Rodeo.

Elsewhere in his latest Twitter rant, Flex outlined his view on Migos, admitting the ATL trio isn’t his type of Hip Hop.

Not my type of hip hop but they are very successful! https://t.co/w15lLzKYb8

Flex’s remarks come a little over a month after he hit the ‘Gram to call a number of rappers “wack,” including Nicki Minaj, G-Eazy, Lil Pump and Lil Yachty.