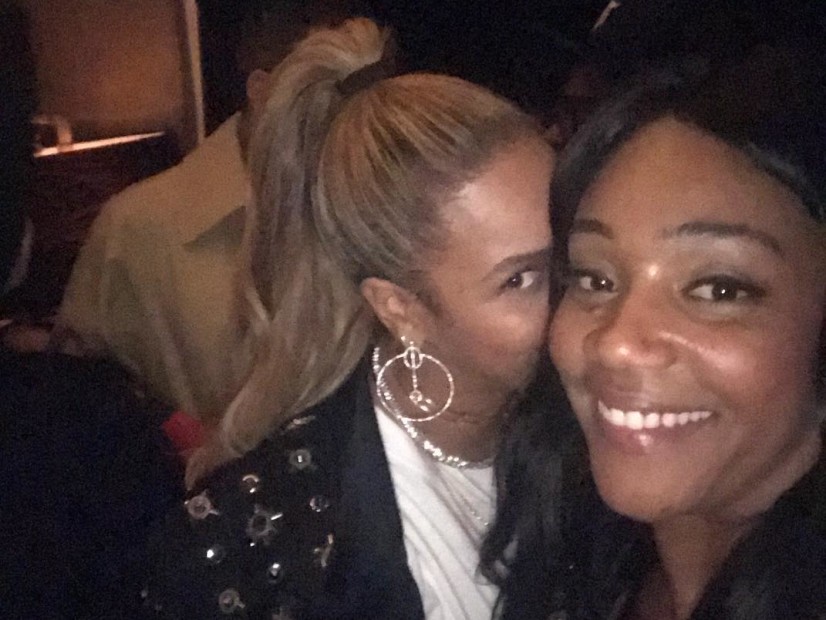 The mystery of #WhoBitBeyonce has reportedly been solved and now the zealous Beyhive can finally sleep at peace.

Page Six is confidently confirming from multiple sources the identity of the face gnawer is Sanaa Lathan. The incident was said to have occurred last December during JAY-Z’s D’Usse VIP party after his 4:44 Tour stop in Los Angeles.

“It was a big thing in the moment at the party, everyone was talking about how anyone would dare to do that,” one of the soiree’s attendees said.

Tiffany Haddish sent social media into a frenzy after her GQ interview revealed that an unnamed actress had the audacity to bite Beyoncé in the face.

“There was this actress there that’s just, like, doing the mostest,” Haddish told GQ (without saying names). “She bit Beyoncé in the face.”

Social media sleuths immediately got #WhoBitBeyonce trending on Twitter, naming Lathan as the actress (and a few others) who Haddish described as doing the “mostest,” however the Love & Basketball actress denied ever doing such a thing to the Grammy Award-winning vocalist.

“…if I did it would’ve beeb love bite,” she tweeted followed by kiss emoji.

Y’all are funny. Under no circumstances did I bite Beyonce and if I did it would’ve been a love bite 💋

Beyonce recently quipped on DJ Khaled’s single, “Top Off” how partygoers in her presence will have to sign a NDA — a practice Haddish recently admitted to exercising.

It appears Tiff has already worked the chin-biting incident into her comedy routine and furtively hints that the culprit used to date French Montana, according to Vulture.

(The original version of this article was published on March 26, 2018 and can be found below.)

Tiffany Haddish is dropping more gems about the party she was at last December where she saw Beyoncé check an actress who was flirting with JAY-Z.

“There was this actress there that’s just, like, doing the mostest,” Haddish told GQ (without providing the specifics of which actress it was). “She bit Beyoncé in the face.”

Needless to say Bey was pissed and The Last Black Unicorn was ready to go to war over it.

“So Beyoncé stormed away,” Haddish continues. “Went up to JAY-Z, and was like, ‘JAY! Come here! This bitch—’ and snatched him. They went to the back of the room. I was like, ‘What just happened?’ And Beyoncé’s friend walked up and was like, ‘Can you believe this bitch just bit Beyoncé?’

Despite spilling details about the notoriously private couple, Haddish says she’s willing to sign the non-disclosure agreement Beyoncé sang about on DJ Khaled’s “Top Off” the next time they party.

But also know this I will fight for Beyoncé. I Love that woman she is a Gift from God.