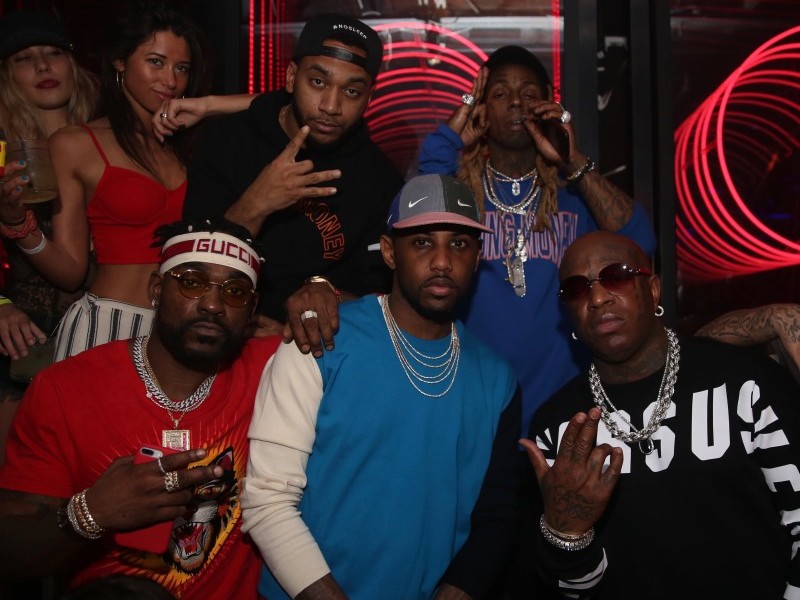 Miami Beach, FL – After years of a Cash Money cold war, Lil Wayne and Birdman seemingly want the public to know they’re back like father and son.

The relationship was seemingly mended over a couple of nights underneath the roof of Club LIV in Miami Beach, and most recently Baby and Weezy changed their reunion location to the Rockwell Nightclub in South Beach on March 26. Wayne was the official host for Rockwell Mondays.

A source tells HipHopDX the two were exhibiting “very friendly behavior” and were seen laughing and talking to each other all throughout the night after Birdman and his entourage joined Lil Wayne’s table. Fabolous also joined, posing for pictures and was reportedly seen being cordial “just like old times.”

Wayne and Birdman were spotted leaving as part of the same group after 4 a.m.

The simple photo-op speaks volumes for the potential resolution of Lil Wayne’s years-old lawsuit against Cash Money Records, which is said to be the catalyst behind the delay of the long-awaited album, Tha Carter V.

Check out more photos from Lil Wayne’s club night below.