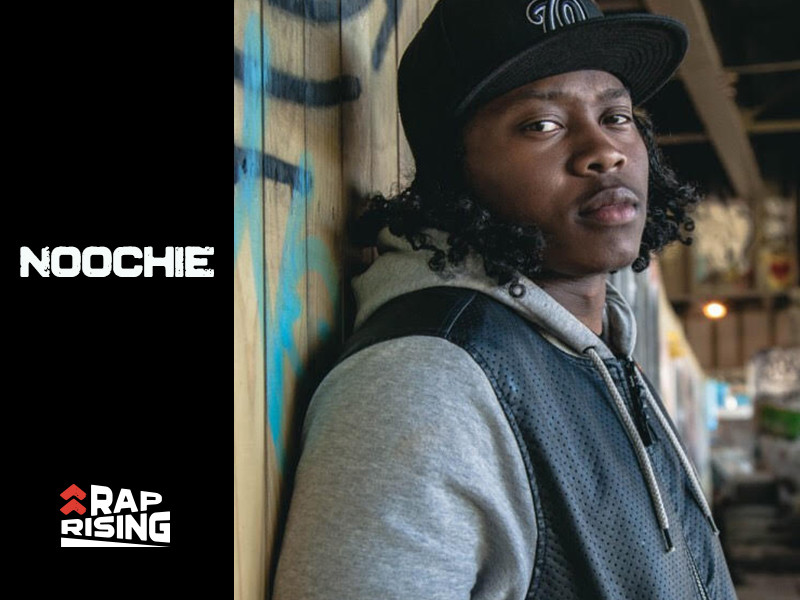 22-year old Noochie is an up-and-coming rapper out of Washington DC, who also happens to be a certified audio engineer. Noochie’s breakout single “Gutta” dropped in the summer of 2016 ahead of the release of his debut Product of the DMV mixtape. As Noochie continued to create a name for himself in the rap game, he collaborated with Rich Homie Quan and Grammy Award Winning producer Om’Mas Keith. In late summer of 2017, all of Noochie’s hard work was rewarded and validated when he signed a deal with Atlantic Records.

Before he performs at DX’s SXSW showcase this year, we caught up with Noochie to discuss his hopes for this year’s festival.

Noochie: Yes, the performances before this one were not planned and I wasn’t as established as I am now, I was just a hungry artist trying to experience SXSW. I didn’t even have artist bands, but now I’m coming back with a more official situation.

Just excited to get out there and feel that energy.

I pride myself in seeing as many artists as I can. I really like getting out on to artists I’m not hip to.

The best part is seeing how hype the crowds are and the worst part is if they aren’t that hype when you get out there.

SXSW was actually my first time performing out of town. To this day that was one of the best experiences of my life. Not so much the performance but the actual festival itself.

Some wack show at a skate rink.

I like reading the year-end award articles. I live for debates so I like bringing these articles to the table. I agreed with this year’s for the most part, especially with Goldlink as the most slept on album.

If you could let your fans know one unique fact about you what would it be?

My hometown is the only place where you can see the president across the street from a crackhead.

Catch Noochie at HipHopDX’s Rap Rising showcase at SXSW March 16 at the Parish.