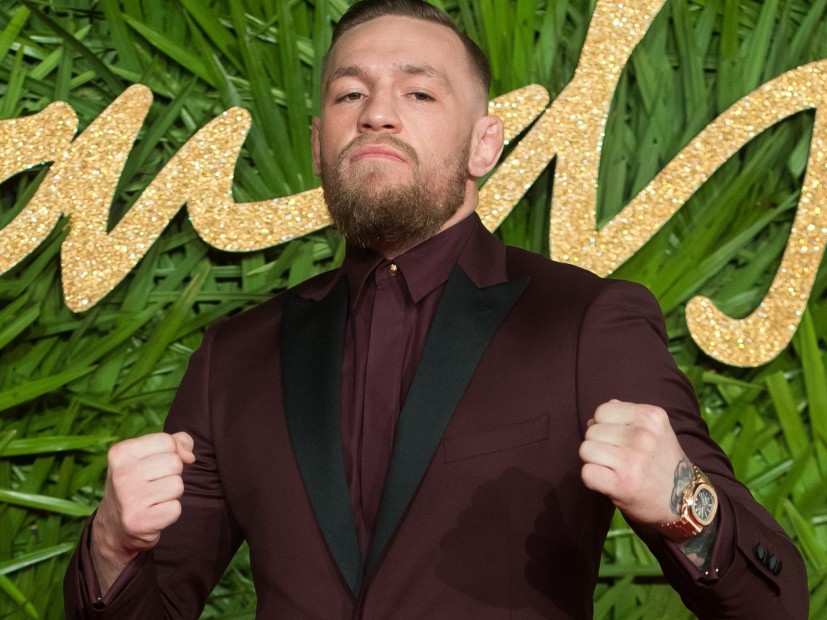 Over the past couple of days, McGregor and 50 have traded a handful of jabs. On Monday (March 5), their feud appeared to have been reignited when McGregor turned to Instagram to offer his thoughts on Forbes’ newly-released list of highest paid Hip Hop stars.

The athlete praised JAY-Z and Diddy, but offered this message to 50 Cent: “Someone tag 50cent in this for me. He blocked me on this the mad 50 year old instagram blocker. Ahh don’t block me 50 kid, I still like some of your songs. The older ones hahah.”

On the same day, 50 Cent responded with a now-deleted video declaring McGregor is “talented for a white boy.”

“Conor McGregor is a talented fighter and all that,” he said. “He’s talented for a white boy… In order for white people to make a champion, they had to make Rocky.”

50 Cent says white people had to make “Rocky” to make a white fighter that’s better than a black fighter pic.twitter.com/N6Bp2jKHDK

“Superior genes my big ballsack mate,” McGregor wrote in the caption. “I am made of granite. You need a bra. You jabbed up fool. Hahahaha you should have stayed quiet and promoted that fight for me on the free like you did. But you just kept going with them fucking memes. Your 50, 50. 50 years old. Fuck off. ”

The latest spat between 50 and McGregor comes nearly one year after McGregor called the rapper a “bitch” during a press conference for his fight with Floyd Mayweather.