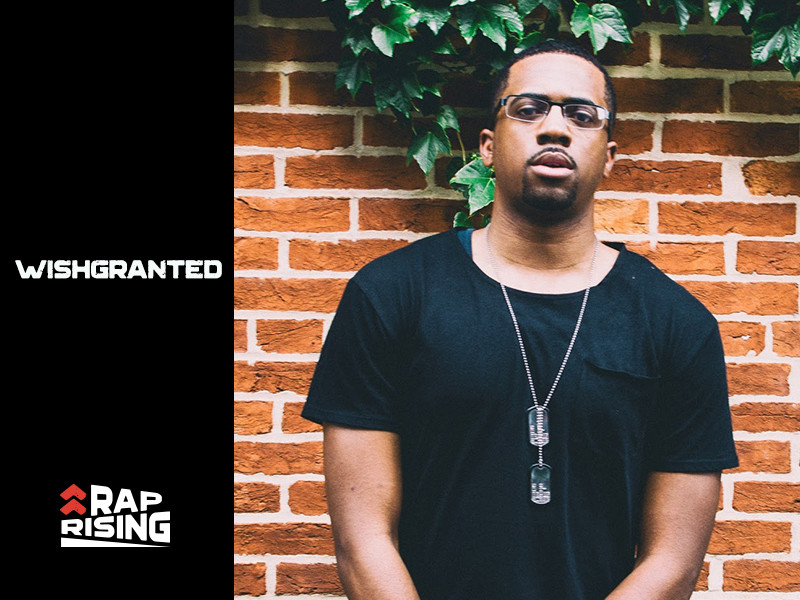 WishGRANTed is a rapper who brings something different to his live performances. With his saxophone and dance moves, the Baltimore native delivers an experience combining instrumental Hip Hop with dope lyrics, inspired by the likes of Kanye West, Big K.R.I.T. and J. Cole.

He dropped his “Famous” single last December, and has shared stages with the likes of Curren$y, Audio Push, Dave East and more. The D1 Entertainment signee will be releasing his debut EP in early spring.

WishGRANTed spoke to HipHopDX as he prepared to take the stage for DX’s showcase at the SXSW music festival on March 16.

Have you ever performed at SXSW before?

What are you most excited for performing at the festival?

Just the fact that I have a new audience to hear and see what I can do. I’m performing a lot of unreleased music, so it will let me know if this shit is good or not. It’s going to be a great experience. I want to make people feel the way I felt the first time I heard Anderson .Paak.

Do you plan on watching other performances? Which ones are you most likely to see?

Yes, I’m not sure about a ton of people performing, but I’m looking forward to seeing and hearing some dope stuff.

The best part is that I’m even preparing for it. There’s nothing bad about it. I’ve always wanted to perform at SXSW, so the fact that I’m even doing this interview is crazy.

My first paid gig was opening for Bone Thugs-n-Harmony at the Howard Theatre in D.C.

What was the best article you’ve ever read in HipHopDX?

The Top Rap Albums of 2017 was a solid one. The list was dope ’cause it didn’t just throw a bunch of huge names on there. I would have put Big K.R.I.T. higher. That album was fire.

If you’ve watched The Breakdown, what was your favorite episode?

The most interesting one I’ve seen recently was the fake vs. real Hip Hop. This is something I argue with people about all the time. The thing is it’s all Hip Hop, it’s just different ways to express perspectives. Who am I to say “mumble rap” isn’t Hip Hop? Clearly, it is to somebody.

Check out WishGRANTed at DX’s Rap Rising showcase at SXSW on March 16 at The Parish.