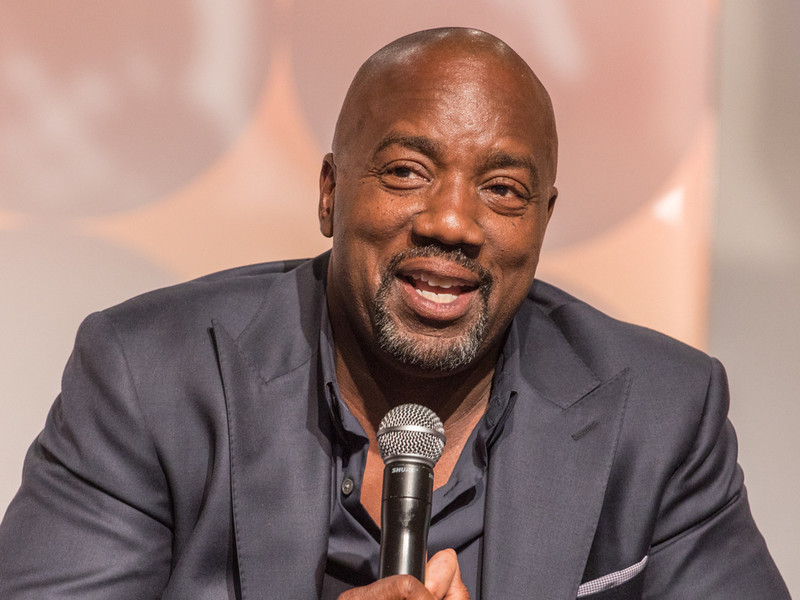 Los Angeles, CA – With the Winter Olympics coming to a close this week, ’80s babies are reminded of the famous Jamaican bobsled team depicted in the 1993 film Cool Runnings. But what some may not know is the cult classic, which was based on true story, almost included the late Tupac Shakur in its cast.

HipHopDX recently caught up with Malik Yoba, one of the stars of Cool Runnings, at the premiere Netflix’s new drama Seven Seconds and spoke to him about his recollections of Shakur’s involvement. Yoba recalled one of his more memorable moments with Shakur that was reenacted for USA’s new series Unsolved.

“There’s a shot in [Unsolved] where Tupac’s character is coming out of the Universal Sheraton,” he told DX. “When I auditioned for Cool Runnings, Tupac auditioned for Cool Runnings, and we went to have dinner. There’s a shot in Unsolved which was exactly where I was with Tupac walking out of the Sheraton. He came out the elevator smoking a blunt. We went to Tony Roma’s. He was packing that night. There’s a few Tupac stories but that’s the one that comes to mind ’cause it was front and center on the show. We just talked about the business and why he didn’t want to take his nose ring out to audition for the movie.”

For the younger generation, Yoba is probably best known for his role as Vernon Turner on Empire. But for those 30 and up, he will always be J.C. Williams from New York Undercover. It’s a show many people still associate with Hip Hop thanks to its music and the various guest appearances by urban artists that would play the fictional club Natalie’s.

Yoba praised the groundbreaking show for being ahead of its time in an era when Hip Hop still wasn’t fully accepted by the mainstream.

“One of the things about being black in America is that sometimes it takes the rest of the world time to catch up with your greatness,” he said. “So if you look at things historically whether it was jazz, R&B, blues, Hip Hop, rock music, the world caught up after the fact and so I think that New York Undercover specifically, the timing of it, to come out in the ’90s, to be the first drama to star an African-American and a Latino (Michael De Lorenzo), the first show to place Hip Hop at the front and center of it, it gave so many people a shot. If you go back and look at all the guest stars that came through that show, Regina King was one of them, Terrence Howard, Naomi Campbell. We were writing and shaping culture at a time when we were just expressing ourselves honestly and the world has caught up now.

Yoba noted the ripple effect and how far the one-time niche genre has come since those days.

“Now Hip Hop is pop music,” he said. “Now, we have arguably American royalty with JAY-Z and Beyonce where 25 years ago that wouldn’t have been the case. JAY-Z was still on stage wearing bulletproof vests performing during Reasonable Doubt’s first run. I’m a kid from the Bronx. I watched Hip Hop be born in my neighborhood. In fact, Kool Herc called me this morning. The Godfather of Hip Hop called me this morning, so when you know you’re part of the culture but the world at large doesn’t see it, we take a lot of pride in that. It’s a sad commentary on how things move but it is what it is.”