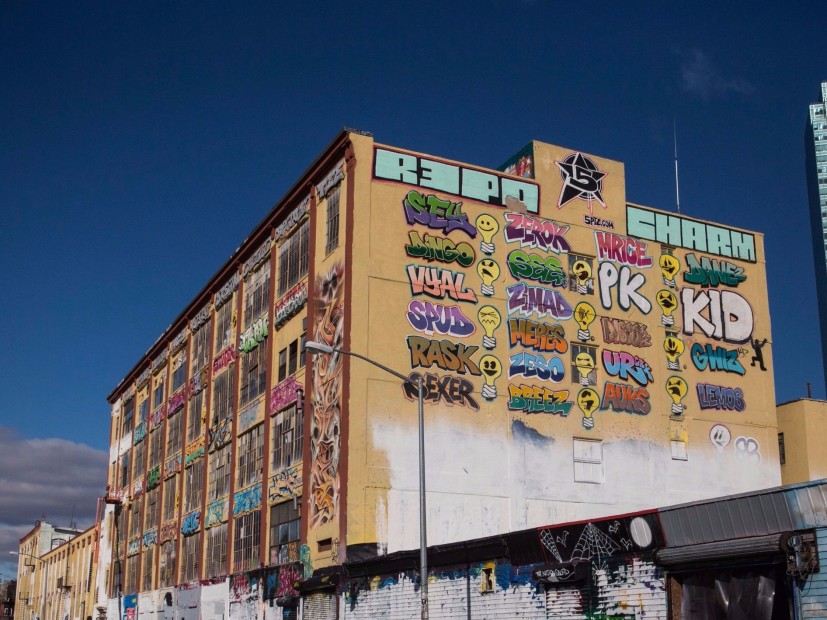 Brooklyn, NY – Following a three-week trial last November, a judge has granted 21 graffiti artists $6.7 million after their work was destroyed by a land developer, according to New York’s PIX 11 News.

The artists filed a lawsuit under the Visual Artists Right Act against real estate developer Jerry Wolkoff — owner of the Queens art mecca 5 Pointz — after he painted it over in 2013 and tore the building down a year later.

It served as the first jury trial citing that specific law.

On Monday (February 12), Brooklyn Federal Judge Frederic Block reportedly said Wolkoff showed no remorse. The judge added he wouldn’t have awarded so much in damages had Wolkoff secured the proper permits and waited 10 months longer to demolish the graffiti.

The 5 Pointz lot will be the location of upscale rental towers.

(The original version of this article was published on November 8, 2017 and can be found below.)

The Queens art mecca known as 5 Pointz has been the center of an ongoing court battle between land developers and 21 graffiti artists responsible for partially painting the historic building.

According to the New York Daily News, on Tuesday (November 7), Brooklyn federal jurors ruled primarily in the artists’ favor after a day of deliberations in what is being heralded as a “groundbreaking” case. The jury’s decision was an advisory ruling, meaning that a judge will still make the final calls.

Eric Baum, attorney for the artists, said every artist was awarded damages. The 100-page verdict sheet is expected to be released this week.

Legendary New York City graffiti artist and former creative director for Def Jam Recordings Cey Adams believes this is a step in the right direction to protect the work of aerosol artists.

“The developers only wanted the land because 5 Pointz became this global destination for tourists,” Adams tells HipHopDX. “Artists deserve to be paid for their contributions to transforming neighborhoods and communities.”

While Wolkoff’s lawyers declined to comment, Baum was adamant the whitewashing was intentionally “cruel.”

“The jury sided strongly with the rights of the artists,” Baum said. “This is a clear message from the people that the whitewash of the building by its owner Gerald Wolkoff was a cruel and willful act.”

The 5 Pointz lot will be the location of upscale rental towers.