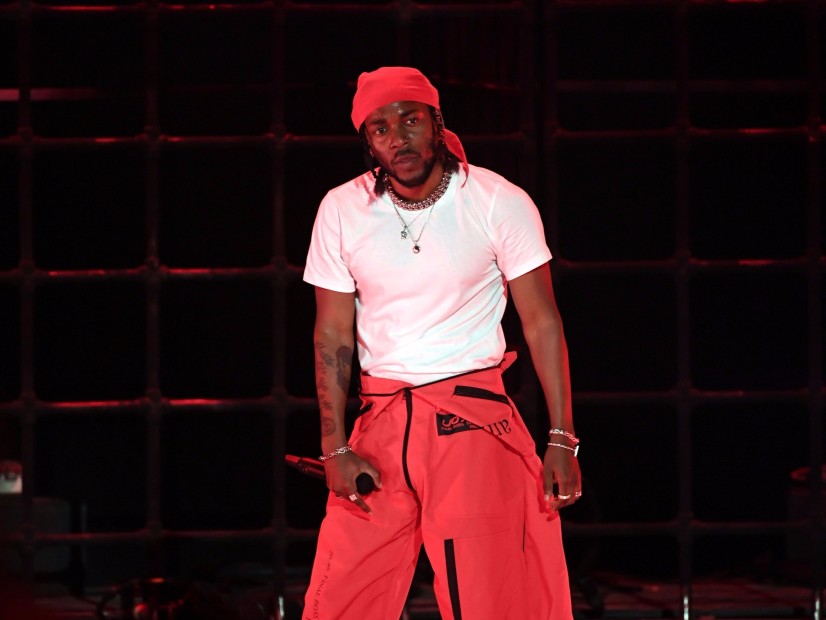 The Black Panther soundtrack arrived one week before the much-anticipated film hits theaters. It was executive produced by Anthony “Top Dawg” Tiffith and Kendrick Lamar, who was handpicked by the film’s director Ryan Coogler to curate the project.

“At first, he was just going to do a few songs for the film,” Coogler explained of his decision to enlist Lamar in an interview with NPR. “Then he came in and watched quite a bit of the movie, and the next thing I know, they were booking a studio, and they were going at it.”

That’s a good thing, and Twitter seems to think so too. The 14-track soundtrack consists of new music from the TDE camp including Jay Rock’s “King’s Dead” featuring K. DOt and Future, as well as SZA and Kung Fu Kenny’s “All These Stars.”

Quincy Jones is undoubtedly a legend in the music game with his 79 Grammy Awards, not to mention his work on Michael Jackson’s 1982 classic Thriller. In a recent interview with Vulture, Jones was very candid and revealed a lot of information that had everybody talking online and around the water cooler.

He not only claimed that Michael Jackson stole songs, but he also expressed his disappointment in T-Pain’s rendition of MJ’s “P.Y.T.” He also revealed the one thing that he wished he didn’t know was who killed President John F. Kennedy (What!?).

While some of the revelations might sound far-fetched, but a few have been confirmed. T-Pain agrees with Jones about the outcome of the song. Plus, Jones isn’t the only one with claims about JFK’s death. DX explored this connection in a piece titled “What Styles P, Kool G Rap & Quincy Jones Claim To Know About JFK’s Assassination.”

Hip Hop mourned the life of one of its pioneers, Lovebug Starski, who passed away at his Las Vegas home on Thursday (February 8). He’s been credited as one of the culture’s earliest MCs.

“Lovebug Starski was A DJ, MC and innovator,” Chuck told DX. “A pioneer who excelled before and after the recording line of ’79, the year when rap records began. He was the first double trouble threat in Hip Hop and rap music. He DJ’ed for the great MCs and MC’ed with the great DJs. Besides Grandmaster Flash & The Furious Five, Lovebug Starski was one of the few that took his legendary street records status into the recording world.”

Ralo — Diary of the Streets 3

Uncle Murda helped out DX in the latest edition of Legendary Mixtape Runs. It kicks off with 2003’s Tune Headz Presents Uncle Murda.

“I love the first mixtape I did,” he tells DX writer Riley Wallace. “It was right after my [ill-fated] Ruff Ryders deal,” Murda explains. “We were back to the streets, and the cover had real drugs and real guns on it. I was acting like somebody was trying to come and rob me in the crib and I wound up flipping the script and robbing them. I love that mixtape because it was our first go at it. We were riding around, selling CDs out of the car and things of that nature. That was a dope experience.”

Jermaine Dupri was inducted into the Songwriters Hall of Fame on Tuesday Februaryy 6) as part of the 2018 class. In response, DX decided to name the decorated producer’s 10 best songs.

On February 7, the legendary J Dilla would have turned 44 years old. In celebration of his life, DX Staff Writer Kyle Eustice shared 9 of Dilla’s classics, including Common’s “The Light” and A Tribe Called Quest’s “Find A Way.”

The Better Buy: It’s Time To Let CDs Die In Favor Of Streaming

No one is buying CDs anymore and DX’s Aaron McKrell penned an honest piece explaining why its okay to let that part of an era go.

“They were so much fun,” McKrell empathizes. “The liner notes, complete with shoutouts and thank yous and tidbits about the album’s creation, were almost as enjoyable as the music itself. There were the photo shoots, which featured black-and-whites of rappers hanging out with kids from their ‘hood, surrounded by gorgeous models, or shamelessly promoting their clothing lines (looking at you, Shawn Carter). And there was simply the fact that you could amass more CDs on your shelf than the number of shoes in Kanye’s closet, and sometimes just marvel at the abundance of excellence that sat just to the left of your underwear drawer.”

Read it in full here.