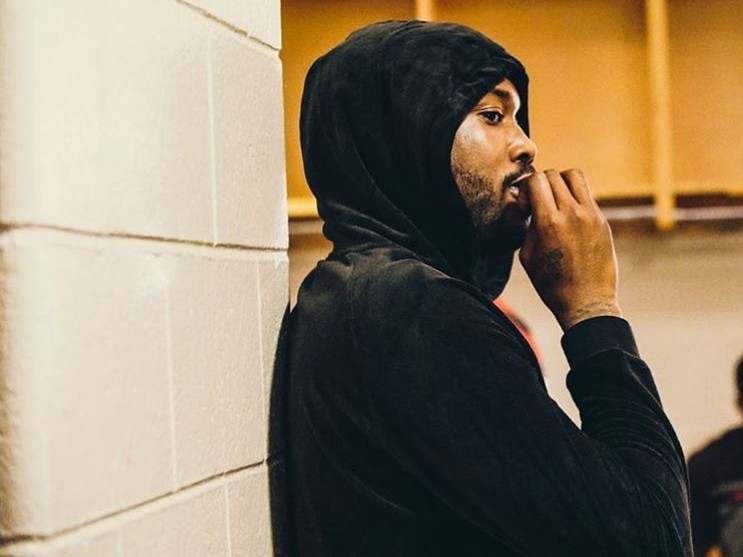 A representative for Meek Mill reached out to HipHopDX on Tuesday (January 30) to provide more insight into recent reports claiming Judge Genece Brinkley, the judge overseeing Meek’s case, never suggested he leave Roc Nation management. Various transcripts dating back to 2012 show a pattern of Meek being pushed to reconnect with former manager Charlie Mack, who Meek fired in 2011.

“We think that Judge Brinkley has taken an unusual interest in his career, and stepped over the line from acting solely as a judge should act and injecting herself into his professional career in ways that are not appropriate,” Siev said.

Meek’s case has been embroiled in controversy since the Philly rapper was arrested again last November. In 2008, he was convicted on gun and drug charges and spent eight months in prison. As part of his release conditions, the Wins & Losses rapper was also sentenced to five years probation. But after repeated violations, Brinkley decided to give him a sentence of two to four years, sparking outrage across the Hip Hop community.

*With additional reporting by Kyle Eustice.

(The original version of this story was published on January 30, 2018 and be can found below.)

Unfortunately for rapper Meek Mill, what appeared to be a bombshell in his legal team’s attempts to get Judge Genece Brinkley thrown off his case for misconduct, has turned out to be untrue.

According to court transcripts released by the court and acquired by The Philadelphia Inquirer, Brinkley never suggested that Meek drop Roc Nation and hire her friend, Charlie Mack. On the contrary, the transcript reportedly reveals that it was Meek Mill’s probation officer who made the suggestion.

“What I like about Charlie, he is not invested in Meek Mills. He is invested in Robert Williams [Meek’s real name],” the probation officer said, according to the transcript.

To further diminish Meek’s legal team’s accusations against Brinkley, the transcript reveals that she actually attempted to distance herself from any management talk, stating, “I don’t want the record to suggest who your management is or is not.”

In addition to the Roc Nation/Charlie Mack allegations, Meek’s legal team also accused Brinkley of requesting that the rapper remake Boyz II Men’s “On Bended Knee,” and shout her out on the song. The transcript of that conversation has not been released.

Amid this latest blow to Meek, further drama has surrounded his court appearances following news that a courthouse clerk asked him for financial assistance for her son’s tuition.

The woman, who has since been fired, slipped Meek the note during his probation violation hearing.

#Repost @kaepernick7 Despite my brother’s current circumstances, he continues to stay involved and connected in the community of his hometown of Philly. I’ve spoken to @meekmill several times since his incarceration and during one of these calls, is when he pledged to go #10for10 with me on my #MillionDollarPledge. We’re both donating $10,000 each for a combined $20,000 to Philadelphia’s Youth Service Inc. YSI is dedicated to strengthening the family unit, helping at risk teens and promoting child safety. Meek has worked closely with @ysiphilly and has spoken to teens and young adults there offering motivation and inspiration to those in their YES Program, a program that offers immediate housing and support services to youth at risk. He wanted to make sure that we contribute to another great program doing great things in our community. Now that’s a total of $990,000 I’ve donated as part of my #MillionDollarPledge – Keep staying strong, Meek, we love you and are thinking of you, brother. Head on over to Kaepernick7.com for a complete list of all the different organizations that I’ve donated to, to fight systemic oppression. Only $10,000 more till I complete my Million Dollar Pledge!