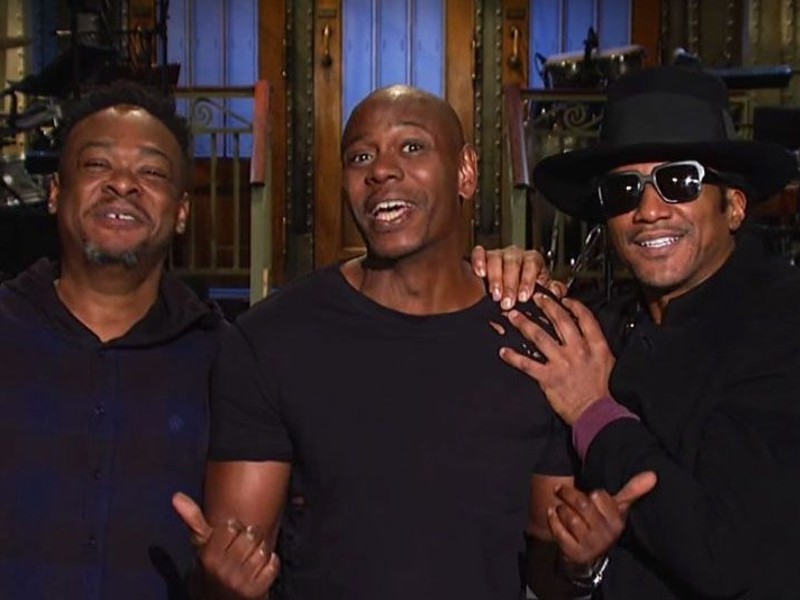 New York, NY – There are moments that just can’t be predicted during live broadcasts. At The 60th Annual Grammy Awards on Sunday (January 28) in New York City, illustrious comedian Dave Chappelle was presenting the award for Best Rap Album and likely surprised everyone.

Before he handed out the award, which went to Kendrick Lamar’s DAMN., he shouted out A Tribe Called Quest, reminding everyone the legendary Hip Hop group didn’t receive any Grammy nominations for 2016’s We got it from Here … Thank You 4 Your service, their first album since 1998’s The Love Movement.

“I have so much love and respect for all the nominees tonight,” Chappelle began. “And I just want to take a moment to acknowledge Jarobi, Ali Shaheed Muhammad, Q-Tip, sometimes Busta, sometimes Consequence, and forever Phife Dawg may he rest in peace. Hip Hop make some noise for A Tribe Called Quest. Can we kick it?”

In November, Q-Tip uploaded three videos to Instagram blasting the Grammy Committee for snubbing them.

“Y’all think it’s some sort of caveat because this is the first time that no white man is ever nominated in no major categories and shit,” Tip said in the first video. “We were the most black cultured group out. That’s all we stood on. That’s what we represented. This fucking album that we just put out — this last Tribe album — it stands with everybody else’s shit that’s up there. I don’t give a fuck.

“Respect to everybody who’s nominated and all that, but whatever, I’m speaking for mine,” he continues. “Sick of y’all Grammy fucking niggas. Fuckin’ get us to get out there and fucking perform last year and close that shit, and y’all don’t get us no fucking nominations?”

A Tribe Called Quest gave its last U.S.show ever as a group at Red Rock Amphitheater in Morrison, Colorado last August, where each member gave an emotional performance.

Check out the clips above.