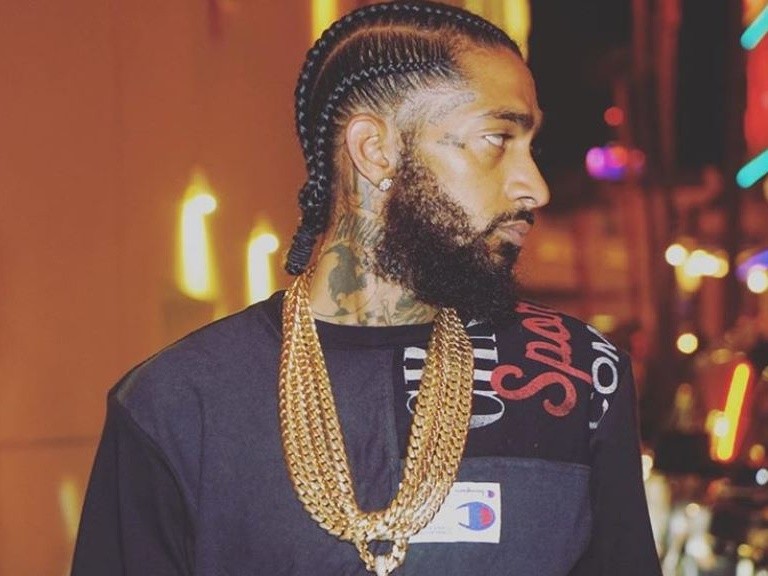 Los Angeles, CA – Los Angeles rap vet Nipsey Hussle was forced to serve as mediator during his own album release party earlier this week, according to TMZ. Despite numerous efforts to break up a raucous fight and calm the chaos, Nipsey proved unsuccessful.

In amateur video of the brawl, a group of people can be seen scuffling outside of The Marathon Clothing store in L.A.

At one point, a person is slammed onto the hood of a car and stomped while on the ground.

“They stomping that boy … They whooping the shit outta that boy,” an onlooker can be heard saying.

Despite the melee, Nipsey was mostly all smiles at the events and later took to Instagram to share a few flicks.

Nipsey was on deck to celebrate the upcoming release of his new album, Victory Lap, which is scheduled for a February 16 release.

Check out the photos below and video the brawl above.