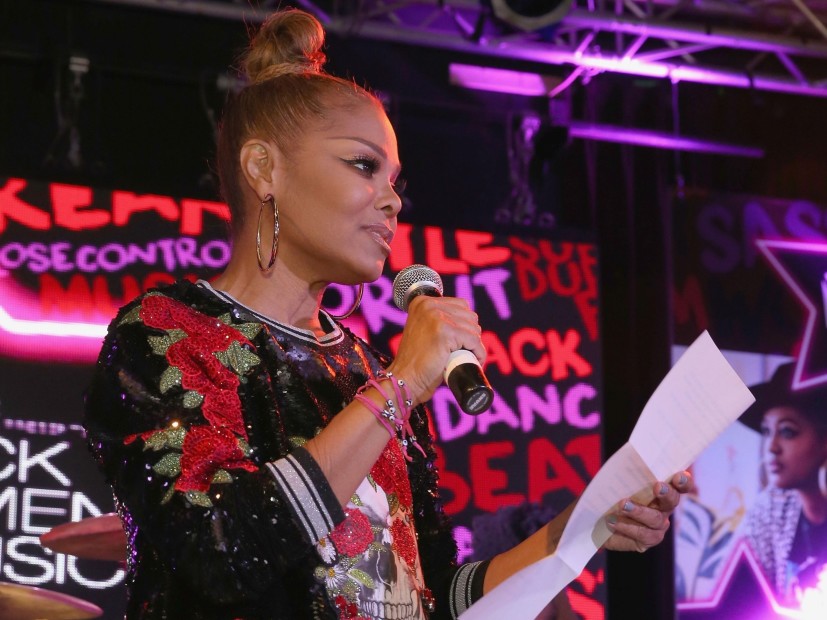 New York, NY – Missy Elliott was presented with the Visionary Award at Essence’s Black Women In Music event in New York City on Thursday night (January 25). Pop sensation Janet Jackson made a surprise appearance to deliver a speech in Elliott’s honor. During the presentation, the Supa Dupa Fly MC admits she couldn’t hold back the tears. She posted a video of Jackson giving her speech to her Instagram account with a heartfelt caption thanking her longtime friend.

“#IMGRATEFUL @janetjackson that u would fly over from the UK while on tour to present me with the #BlackWomenInMusic @essence Award last night,” she wrote. “of course I’M A BIG BABY & i COULD’NT STOP CRYING TEARS of HAPPINESS. our SISTERSHIP has lasted over 17 years!

“Your the definition of REALNESS/HUMILITY/CARING/INSPIRING/UPLIFTING/FIERCE/BOLD/RISKTAKING/BLACK STRONG& BEAUTIFUL oh & RICH Girl,” she continued. “u know I had to throw a joke in it but I LOVE you sis for always being there for me from Day 1 thank u @essence for the love u showed me I am Humbly Grateful.”

Jackson spoke highly of Elliott, and praised her creativity and originality in the Hip Hop genre.

“Some rhyme, some rap,” Jackson said. “Some act, some choreograph. Some write hit songs, some create whole new sounds. Some women are able to make her mark in some of these fields. But there’s only one woman who has made her mark in all of these fields.”
Embed from Getty Images
Upon accepting her award, the emotional Elliott reportedly said, “That was a surprise. I’ve known Janet over a decade and this is not just someone I do music with. I can call Janet any time of night and she will listen. The times that I may have felt like giving up, she’s always gave me an encouraging word.”

Watch the clip above.