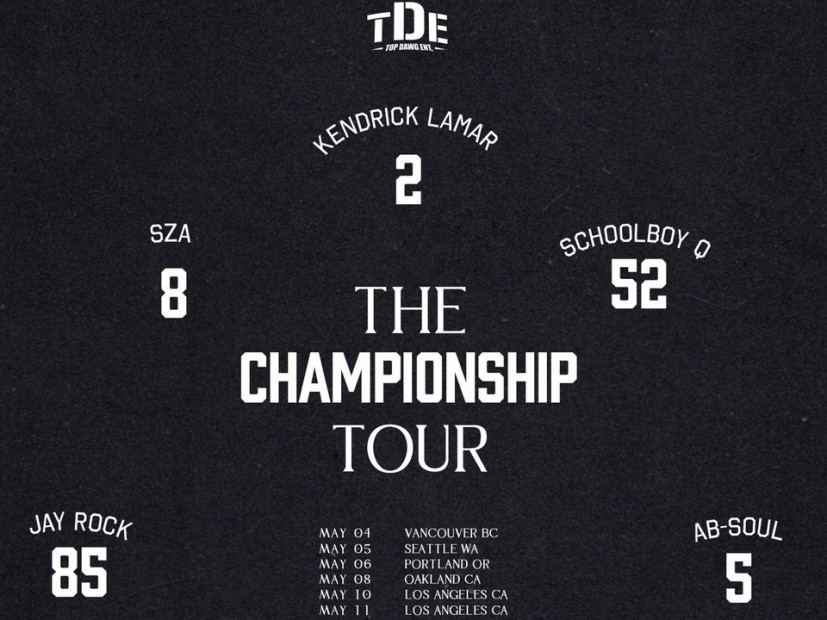 The roster of talent at Top Dawg Entertainment will soon hit the road as part of the label’s newly-announced, The Championship Tour.

In addition to a slew of North American dates, the flyer features the names of the artists who will be joining K-Dot. Those artists include fellow Black Hippy’s, Ab-Soul, ScHoolboy Q, and Jay Rock, as well as SZA, SiR, and Lance Skiiiwalker.

Noticeably missing from the flyer is TDE artist Isaiah Rashad. Twitter was quick to point out Isaiah’s absence, and immediately expressed its need for answers.

Hold up… where the FUCK is Isaiah Rashad? https://t.co/n8sSZ5wi7J

Today is gonna be a bad day. Woke up to see that literally ALL of tde is going on tour except Isaiah Rashad. Smfh. Smfh. Smfh.

When TDE announced The Championship Tour but Isaiah Rashad not on the roster 😒 pic.twitter.com/pLBHFyvVnO

The Tennessee wordsmith has yet to respond to the social media-fueled fury over his absence from The Championship Tour flyer.

With or without Isaiah Rashad, TDE’s The Championship Tour is scheduled to kick off on May 4 in Vancouver, British Columbia.