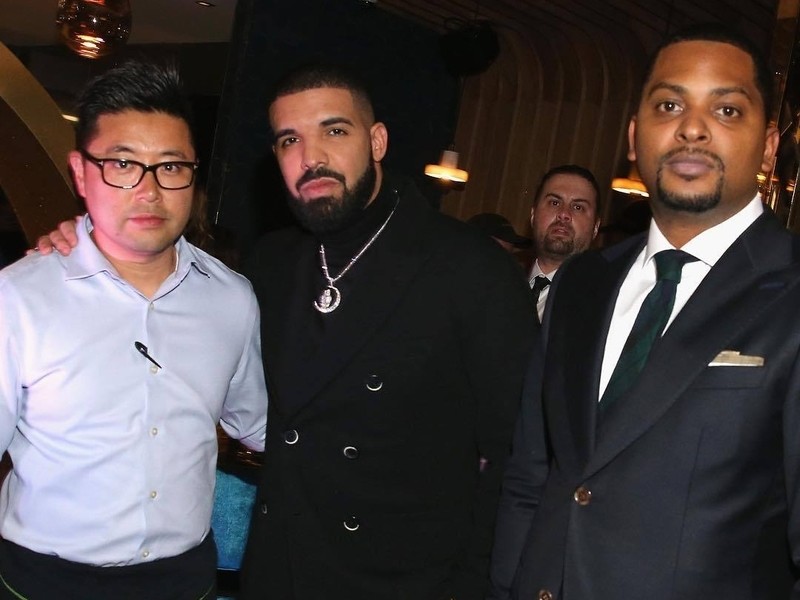 Drake and his business partner Nessel Beezer, better known as OVO Chubbs, are set to open their new restaurant in Toronto named Pick 6ix. Though the restaurant has yet to announce an official opening date, it was recently the location for Cleveland Cavaliers star Dwyane Wade’s birthday bash, hosted by LeBron James.

In an interview with Food Writer Karon Liu of the Toronto Star, chef Antonio Park — who Drake has tapped to design the menu for the restaurant — gave some insights into what local fans and foodies can look forward to from the new downtown destination.

“It’s a restaurant and sports bar … but it’s not going to have sports bar food,” he said “There are screens everywhere, so we’re not going for an eight-course omakase or white tablecloths. It’s something affordable for everyone, and I want to provide for families and couples who wouldn’t normally go to a sports bar.”

He also explained that the 30-item menu ranges from Mediterranean-style dishes, steaks and sushi to Latin and Korean fare.

“You don’t have to eat chicken wings and fries,” Park said. “I wanted to create something healthier.”

Park highlighted that he was aiming at a $50 per person price point.

“I want it to be affordable,” he noted. “If you eat a salad and a hot dish from the kitchen with some sushi, then you should be able to pay $50 or $60 per person.”

Pick 6ix is Drake and Chubb’s second foray in the restaurant business. Their first, Frings in Downtown Toronto, opened back in September 2015.