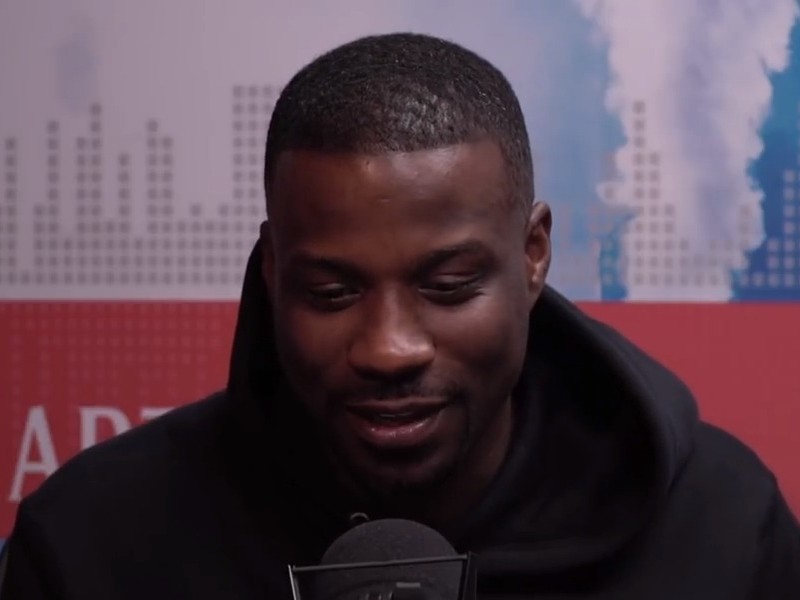 Los Angeles, CA – Jay Rock has finished working on his third album. The Top Dawg Entertainment artist stopped by The Real After Party show to promote the Black Panther soundtrack and ended up speaking about his highly anticipated solo project.

“The album is done,” Rock said around the 2:20 mark of the interview. “I just had a minor little setback. For those who don’t know, I was in an accident. I was just healing up. When I healed up, I just locked in, in the studio.”

When asked if the LP would be released in 2018, Rock assured fans it would be arriving this year. According to him, the album has already been mixed and samples are getting cleared.

“Fo’ sho, it’s coming,” he said. “It’s already done. It’s mixed up. It’s ready to go. It’s still like … you know, the business side, as far as getting things cleared and things of that nature. But it’s ready to go, though.”

Around the eight-minute mark, the album was brought up once again. Rock confirmed that Kendrick Lamar would appear on the LP and named some of the producers, which include Cardo and Sounwave, before speaking highly of the final product.

“The sound is crazy,” he noted. “I don’t wanna too much talk about it. I just wanna drop it and let it go from there. Trust me, y’all won’t be disappointed.”

Watch the entire interview with Rock above.