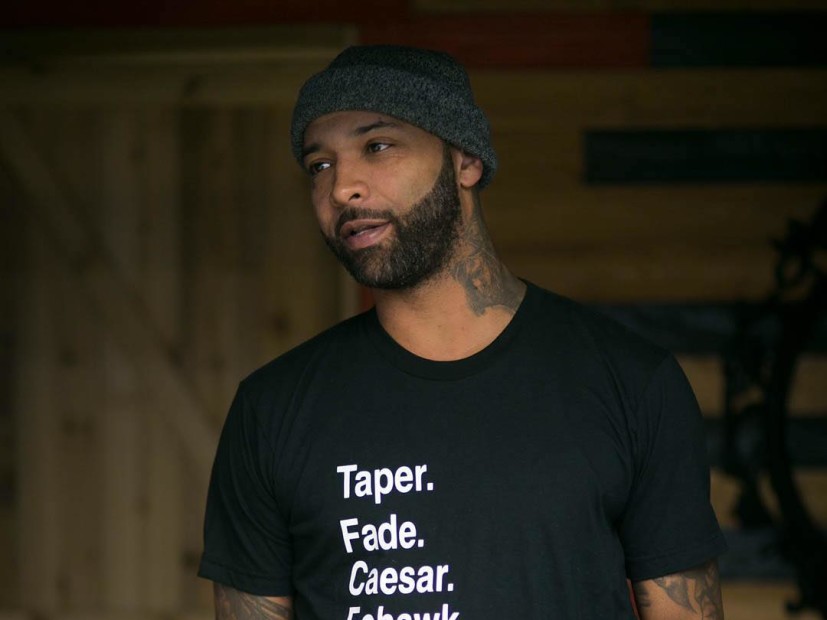 HipHopDX – This week in Hip Hop, Joe Budden was possibly dissed by Eminem on the remix to “Chloraseptic,” and 50 Cent and D12’s Bizarre continued the dragging on social media. Also, Kevin Gates was released from prison on Wednesday (January 10) and H&M got dropped by The Weeknd and G-Eazy for greenlighting a racist ad.

Eminem blasted critics with a remix to his Revival track “Chloraseptic.” It also sounded like Em took shots at Joe Budden over his criticism as well. 50 Cent and D12’s Bizarre got in on the lyrical lashing by confirming via social media that those words were indeed for Joey despite him thinking otherwise.

Listen to the “Chloraseptic (Remix)” featuring 2 Chainz and PHresher here.

After spending nine months at East Moline Correctional Facility in Illinois, Kevin Gates was released on parole on January 10. He was originally sentenced to 30 months in prison. He’s not allowed to possess any firearms and will be under mandatory supervision.

Upon his release, his entire Instagram was wiped out and only a picture with the words, “I’m Him” remains.

While in prison, his wife Dreka rolled out By Any Means 2. All socials seem to be quiet so far. Fans can only hope that means he’s in a studio somewhere getting ready to release new music. Also, expect to hear about Gates to help out troubled teens while he’s out.

Many were uncomfortable with H&M’s latest ad campaign featuring a young black boy dressed in a green hoodie that read, “COOLEST MONKEY IN THE JUNGLE.”

As a result, The Weeknd dropped the retailer immediately after learning about the ad. G-Eazy also felt it was worth losing out on millions for, severing ties with H&M as well.

Many in Hip Hop spoke out against the controversial ad. It was also rumored that Diddy offered the young boy a million dollar Sean John modeling contract. However, the mother of the boy who centers around the controversy didn’t find the ad offensive at all.

Binary Star are slated to release a double LP titled LightY ears Apart. Speaking exclusively with HipHopDX, they explained the idea behind the project.

Classic Blueprint: 5 Ways The Game Can Win With His New Album

The Game announced he’s working his ninth album titled Westside Story, and DX’s Aaron McKrell has an idea of how the Compton, California native can come with his A-game. It’s one of HipHopDX’s most-highly anticipated albums of 2018, after all.

“We mostly gave Game a pass for this practice because it fit well with 1992’s nostalgic theme,” McKrell pens. “However, if he wants to give Westside Story its own sense of identity, he needs to keep the samples fresh.”

Drugs have always been an on-going motif within Hip Hop music (and music in general). Its glorification has spread to an inevitable spiral that includes addiction and sometimes death for those who partake, and Kyle Eustice took this topic to task by speaking with an addiction specialist about celebrity and drug abuse.

“Celebrities tend to be more isolated,” Dubin explains to HipHopDX. “They have a lot to lose because of the continual stigma of addiction, so they may seek treatment later or not at all. In Prince’s case, he had a doctor like me flying in to help him when the doctor found him dead. Also, opiates don’t just help with pain. They do a great job for co-occuring disorders, such as anxiety and depression. In fact, they called Percocet “Percocet” because it perked you up.”

5 Rappers Who Have Every Reason To Blow Up In 2018

It’s 2018 and there are a few rappers that HipHopDX believes in: Boogie, Kash Doll, Joyner Lucas, Belly and J.I.D.