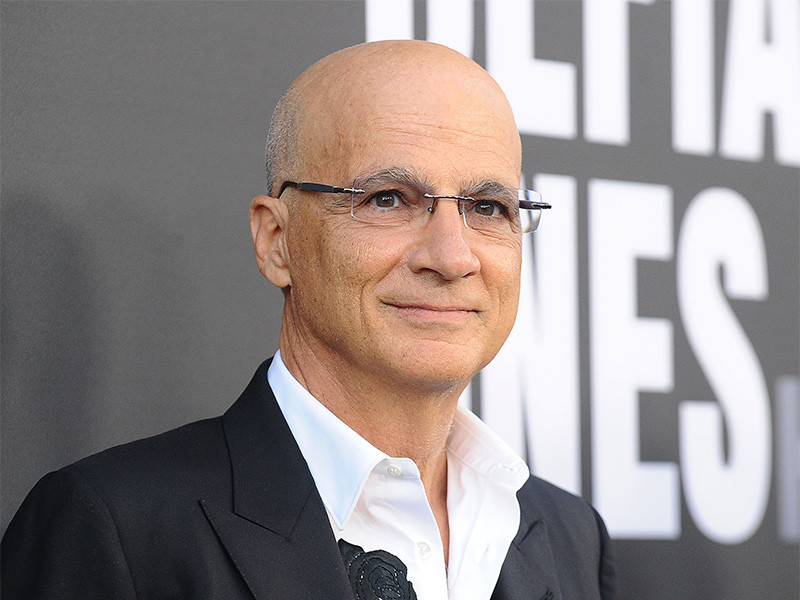 Jimmy Iovine has responded to rumors that he’ll be leaving Apple in August, contradicting the reports while speaking at a screening of The Defiant Ones at the Grammy Museum on Monday (January 10), according to Variety.

“My contract is up in August, but the funny thing is, I don’t have a contract,” he told the crowd. “I have a deal, and certain things happen along that deal. The bottom line is I’m loyal to the guys at Apple. I love Apple, and I really love musicians. That’s why those articles annoyed me, because it had nothing to do with reality. It made it out to be all about money.”

The rumor that Iovine was departing Apple originated with Hits Daily Double and then was independently confirmed by unnamed sources who spoke to Billboard and Bloomberg.

There was also speculation that the Interscope co-founder was leaving after the Apple stock he got in the billion-dollar Beats deal fully vested.

“All this stuff you’re seeing in the newspapers, let me tell you, my stock vested a long time ago. We need Donald Trump here to call it ‘fake news’,” he said.

Iovine helped develop the Apple Music streaming service, which has gained more than 30 million subscribers since launching in 2015, and reaffirmed his commitment to the product.

“I am almost 65, have been with Apple for four years and in 2 1/2 years the [Apple Music] service has gotten to well over 30 million subscribers and Beats has continued its successful run. But there’s still a lot more we’d like to do. I am committed to doing whatever Eddy [Cue], Tim [Cook] and Apple need me to do, to help wherever and however I can, to take this all the way. I am in the band,” he said.

[This article has been updated. The following was published on January 5, 2018.]

Jimmy Iovine is set to leave Apple Music in August, according to multiple reports online.

While his alleged exit has yet to be confirmed by himself or anyone at Apple, sources tell Bloomberg that the Interscope co-founder’s departure is timed with him getting his final paycheck for the Beats Entertainment deal.

Iovine and Dr. Dre, his long-time business partner, teamed with Apple after the technology giant purchased the pair’s Beats Electronics and Beats Music brand for $3 billion in 2014.

Since then, Iovine has helped steer Apple Music, the company’s subscription-based streaming service that Apple reports has more than 30 million paying subscribers worldwide.

When asked in a September interview with Billboard what he wants to do after Apple Music, Iovine replied: “I’m 64 years old. I have no idea. There’s just a problem here that needs some sort of solution, and I want to ­contribute to it. Goldman Sachs may think it’s solved, but I don’t. We’re not even close.”

In the same interview, he shot down the idea of ever returning to the record business.

“Not a chance. I can help from here. I can’t help from there,” he explained. “Let them make the music exciting and interesting. We will try to do everything that we can to create content around it, and make the delivery of it as exciting as possible.”

Neither Iovine, nor Apple, have yet to publicly comment on the reports.