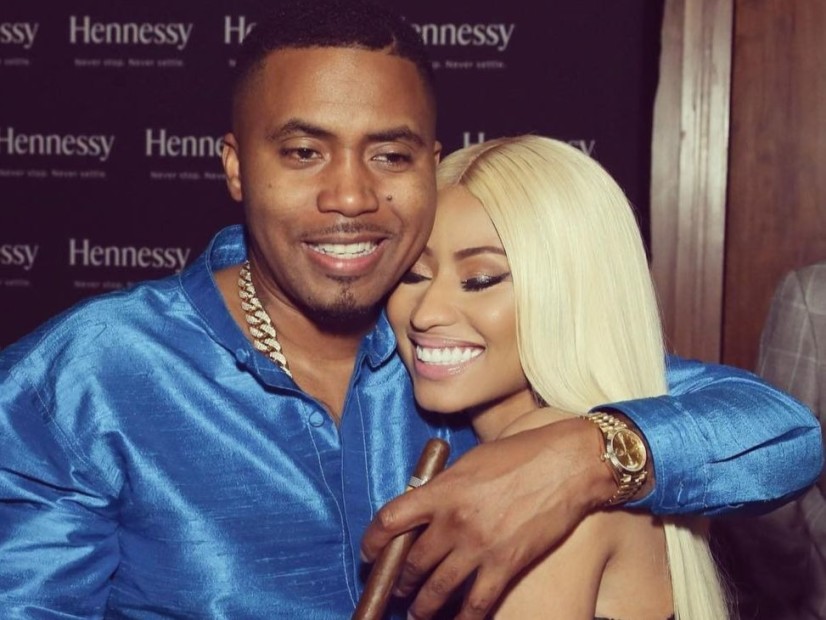 It seems Nas and Nicki Minaj’s romance is over. According to TMZ, a source close to the couple said the superstar Hip Hop duo called it quits a few weeks ago. The relationship, which stretches back to May 2017, reportedly dissolved due to geographical reasons – they both lived in different cities.

Several gossip sites were also speculating that Minaj was pregnant with his child but TMZ’s source says those rumors aren’t true.

Although Black Barbie and the Illmatic legend kept a relatively low profile, they’d occasionally pop up together. Nas called Minaj his “shorty” in a series of photos he shared last September.

A few days earlier, they were cozied up at Nas’ 44th birthday party in New York City, adding more fuel to the dating rumors. He captioned a photo of the event, “Virgo Season With my Real One From Queens! @nickiminaj #hennessylife.”

Minaj spilt with Meek Mill at the top of 2017. Dating rumors started to fly after she and Nas were photographed snuggling up during dinner at the New York location of Nas’ Sweet Chick restaurant.

During an appearance on The Ellen Show a few days later, host Ellen DeGeneres broached the topic as they were discussing Minaj’s exposed breast at a Paris fashion show.

“Does Nas like both of them the same as well?” DeGeneres asked.

“He’s so dope,” Minaj said. “He’s a king. Shout out to Queens, New York. I have to say that — we’re both from Queens and he is the king of Queens, and I’d like to think I’m the queen of Queens. So he’s a rap legend. Let’s just say that. I have a lot of respect for him and you know, he’s kind of cute too.”

For now, Nas is focused on his Sweet Chick restaurants and Minaj recently popped up on Migos’ Billboard Hot 100 hit “MotorSport” with Cardi B.

Perhaps this will give both of them the time to work on their new albums.