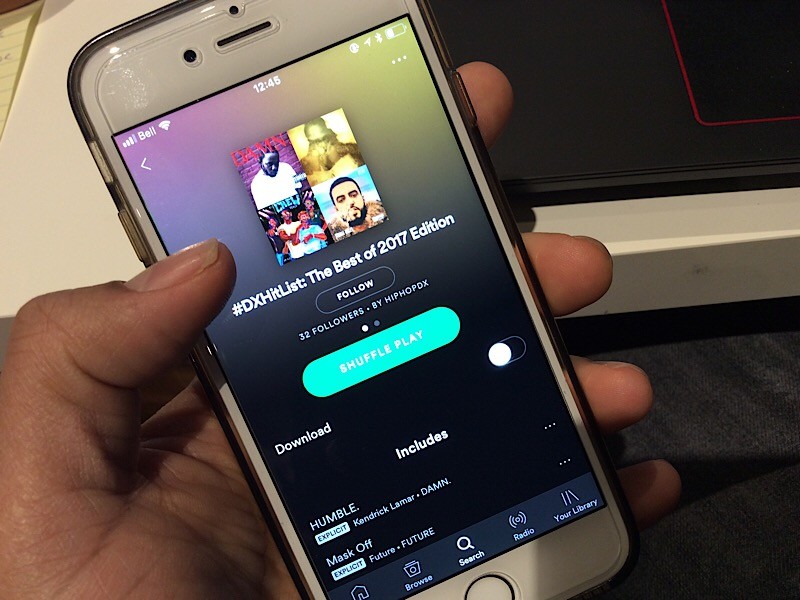 While many people were gearing up for an epic New Year’s Eve party, the attorneys for Wixen Music Publishing — whose clients include Missy Elliott and the late Rick James — were busy filing a whopping $1.6 billion lawsuit against music streaming behemoth Spotify, citing copyright infringement.

The legal complaint, which you can read in full here, claims Spotify is streaming tens of thousands of tracks by artists, including Tom Petty and Tom Morello of Prophets Of Rage, without any license or compensation.

The complaint was filed before January 1 ahead of a proposed Music Modernization Act, which — among many things — would eliminate the headache of identifying songwriters and create a collective to award royalties accordingly. Unfortunately, this would not be retroactive.

Failure to file this complaint by year’s end may have rendered the $1.6 billion in unpaid royalties in potential limbo.

“We are very disappointed that these services will retroactively get a free pass for actions that were previously illegal unless we [actually] file suit before Jan. 1, 2018,” Wixen president Randall Wixen told The Hollywood Reporter. “We are fully prepared to go as far forward in the courts as required to protect our clients’ rights.”

Anybody who has been following Spotify’s yellow brick road of legal issues over copyright infringement and unpaid royalties in the past won’t find this latest move surprising. It is the most aggressive move against the company yet, though.

Probably the most surprising piece of information to come out of the complaint is the allegation that 21 percent of the 30 million songs on Spotify are unlicensed.

The basis of the complaint is that Spotify has explicitly failed to obtain mechanical licenses for the use of the works — in other words, songwriters aren’t being paid. While labels are getting paid out (at roughly $500 million annually), the gap in mechanical royalty payouts is an issue that Spotify has previously chalked up to bad record keeping in identifying songwriter credit data and connecting them to songs in their database.

News of the lawsuit surfaces amid Spotify, currently valued at $15 billion, sending confidential documents to the U.S. Securities and Exchange Commission with the intent of taking the company public on the New York Stock Exchange in the first quarter of 2018, according to Bloomberg.