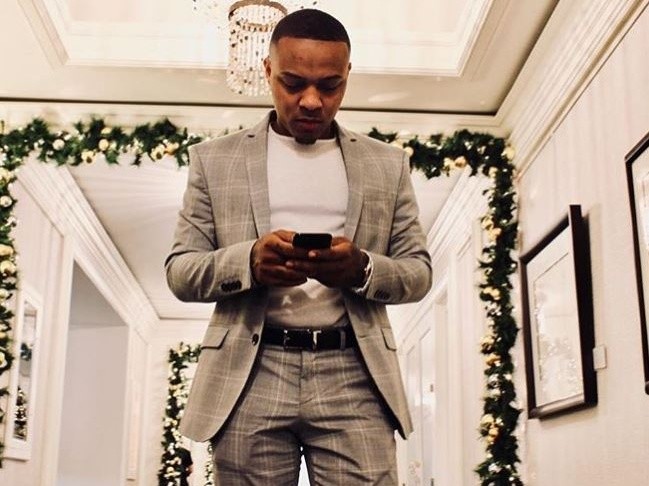 Bow Wow has drawn skepticism from social media users yet again after recently claiming he once dated Kim Kardashian (on the “low”).

During an interview with Hollywood Unlocked, the 30-year-old entertainer said Mrs. Kanye West’s race played a role in his decision to keep the relationship quiet.

“We was cool, we remained friends,” Bow Wow said And this was right before Reggie Bush,” Bow Wow explained at the 49-minute mark. “The reason nobody knew is because of how I move. We kicked it hard … I’m just so nervous because I never really dated outside my race before, this is different for a nigga. I don’t know how my fans going to look at it … so I kept that shit low and nobody really knew.”

The reaction from those on social media to Bow Wow’s reveal has been a mix of disbelief and “IDGAF.”

when bow wow said he dated Kim Kardashian on the low. pic.twitter.com/i6SgoyBWOv

Wow…he hit Kim K with a “we used to talk” Bow wow is a natural treasure https://t.co/keYJ6zEioI

bow wow lying. everyone has seen the type of men kim k is into. why would she all of a sudden keep ONE relationship private? bow wow reaching for the stars claiming he ever fw kim k.

Bow Wow corny as shit for that story. Not cuz I care for Kim K in any way but he just sounds desperate for attention

The Twitter’s reluctance to trust Bow Wow’s claims likely stems from his private jet fiasco in May.