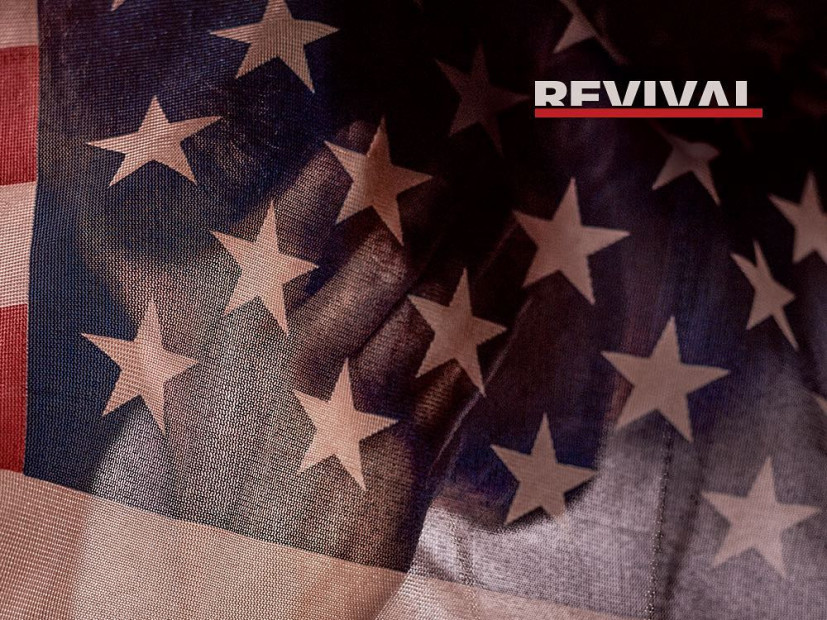 Eminem’s Revival arrived with mixed reviews in tow, but the project’s second single, “Untouchable,” debuted in the Top 10 of the R&B/Hip Hop Single Sales chart at #4 for the week ending December 14.

Migos and Marshmello’s “Danger” off the soundtrack to Netflix’s Will Smith movie Bright also hit the Top 10, debuting at #5.

G-Eazy managed to get three tracks off his recently released album The Beautiful & Damned charting: “Him & I” featuring Halsey (#3), “No Limit” featuring A$AP Rocky and Cardi B (#7) and the new single “Sober” featuring Charlie Puth (#10).

Elsewhere on the charts, Cardi B has three songs charting. Besides “No Limit,” her breakout hit “Bodak Yellow” holds it down at #9 and the Migos single “Motorsport” she’s featured on with Nicki Minaj jumped up to #8.

“Untouchable” is Eminem’s second single off Revival, which makes its debut at #4. It moved 16,628 in digital downloads in its first week.

Em’s collaborative single “Walk On Water” featuring Beyoncé sits at #24 in its fifth week on the chart.

Migos is featured spitting over Marshmello’s avant-garde production on “Danger,” off the soundtrack for Netflix’s original movie Bright. The song landed at #5 and moved 16,545 in digital singles.

Check out DX’s review of Bright and its soundtrack.

G-Eazy is killing the R&B/Hip Hop Single Sales chart with three singles off his fourth studio album, The Beautiful & Damned, including his latest with pop singer Charlie Puth on “Sober.” It entered the charts at #10, moving 12,232 units.

G also stakes a claim to the #3 spot with his girl Halsey on “Him & I” and #7 with the hyped-up track “No Limit” featuring A$AP Rocky and Cardi B.