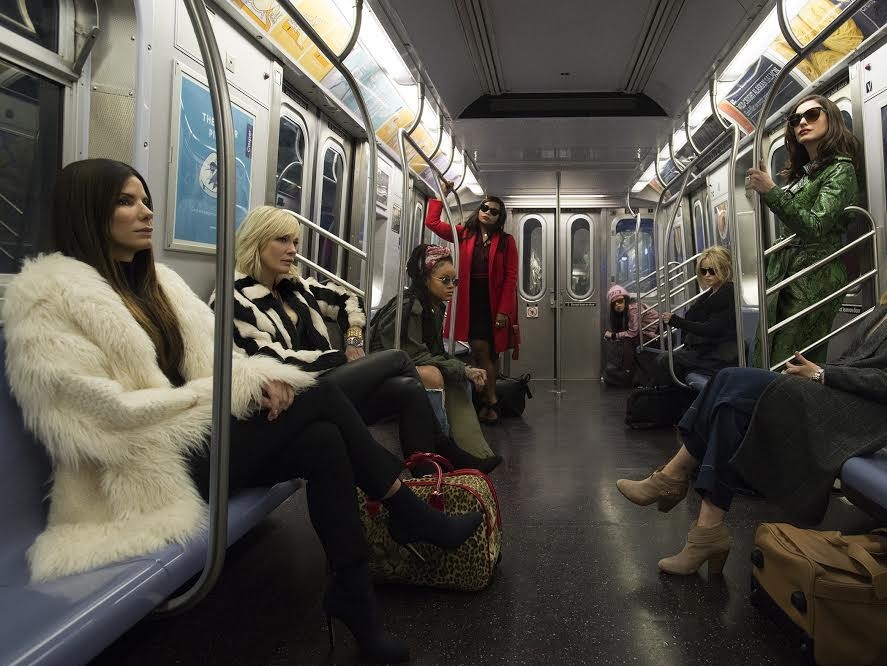 The trailer for Ocean’s 8 is here.

Eleven years after the first Ocean‘s movie was released, an all-female cast, including Sandra Bullock, Cate Blanchett and Rihanna, will star in its spin-off. The film is expected to hit theaters on June 8 along with Helena Bonham Carter, Mindy Kaling, Sarah Paulson and Awkwafina.

Oceans 8’s ultimate goal is to turn one of the most highly-regarded annual fundraising benefits’s in the fashion industry, New York City’s Met Gala, upside down. As each woman is equipped with their own special skills, the plan is to swipe a $150 million dollar necklace from their celebrity target, an actress played by Anne Hathaway.

With Bullock starring as Debbie Ocean — the estranged sister of Danny Ocean from the original film — Blanchett as her right-hand woman and Rihanna as a mysterious computer hacker named Nine Ball, will they pull off the heist of the century?

Check out the trailer for Oceans 8 above.