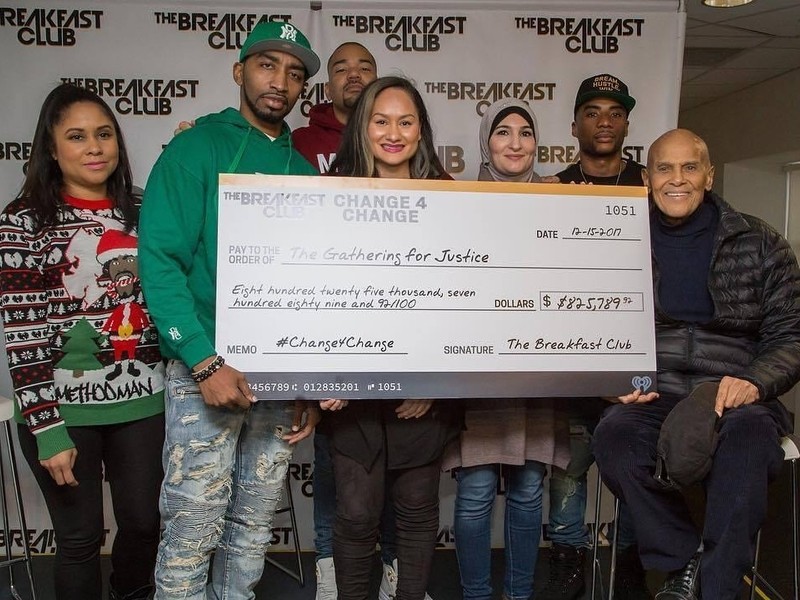 The Breakfast Club presented legendary singer/activist Harry Belafonte with an $825,789.92 check for his Gathering for Justice nonprofit on Tuesday (December 19). The funds were raised during the radio show’s first ever Change4Change Radiothon held on November 16.

While many of the donations came from regular listeners, several celebrities, including Nick Cannon, Eminem, DJ Khaled, Diddy, Cardi B, and Ludacris, donated generously to the cause.

“We are radio personalities, but more importantly public servants to serve the needs of the public, because we’ve been seeing what the Gathering for Justice movement has been doing for a long time,” Charlamagne Tha God explained in a video.

Belafonte founded The Gathering for Justice in 2005 to prevent child incarceration, support social justice issues and champion for racial equality. The organization backs several movements such as The Women’s March, Colin Kaepernick’s Know Your Rights group and the NYC Justice League.

Watch the video above.